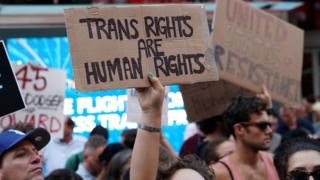 The United States Supreme Court has allowed President Donald Trump to enforce his policy of banning certain transgender people from the military.

The court voted 5-4 to grant a Trump administration request to lift injunctions blocking the policy while challenges continue in lower courts.

The four liberal judges on the court opposed the ruling.

The policy prohibits “transgender persons who require or have undergone gender transition” from serving.

The Trump administration had also appealed for an expedited ruling on the case, which the Supreme Court declined to take up.

The president announced on Twitter in 2017 that the country would no longer “accept or allow” transgender Americans to serve in the military, citing “tremendous medical costs and disruption”.

Former defence secretary Jim Mattis refined the policy to limit it to transgender individuals with a history of gender dysphoria, or when a person’s biological sex and identity does not match.

He said the new policy would make exceptions for several hundred transgender people already serving openly or willing to serve “in their biological sex”.

There are currently some 8,980 active duty transgender troops, according to Department of Defence data analysed by the Palm Center, a public policy nonprofit.

Gen Mattis in his memo argued that “by its very nature, military service requires sacrifice,” and that those who serve “voluntarily accept limitations on their personal liberties”.

The move is a reversal of an Obama administration policy that ruled transgender Americans could serve openly in the military as well as obtain funding for gender re-assignment surgery.

This is just one Supreme Court action – and it’s a procedural move, not a formal court opinion – but it may be a sign that a conservative majority sympathetic to presidential powers and prerogatives is flexing its muscles.

The Trump administration, frustrated that lower-court judges had again blocked implementation of one of its policy decisions, asked the justices to step in and clear the path.

The White House wanted a quick ruling because, it said, allowing transgender individuals to serve in the military presented “too great a risk to military effectiveness”.

By a bare majority, the court complied.

Although the justices did not entirely bypass the Ninth Circuit Court of Appeals, which the president has tried to paint as a bastion of liberal judges, they did the next best thing for the president.

They permitted the transgender ban to go into effect while the legal fight, which could last years, grinds on.

For the past two years, the president’s opponents – locked out of national power until recently – have looked to the judicial system as a last line of defence.

As Tuesday clearly showed, however, those defences are only as strong as a majority of the Supreme Court says they are.

What are the legal challenges?

Several trial judges around the country had issued injunctions blocking the ban.

One injunction was reversed in a federal appeals court earlier this month, with a three-judge panel ruling the policy was not a “blanket ban” on transgender troops, and so the courts should defer to the executive branch’s military decisions.

While Mr Trump’s rationale for banning transgender troops was financial, according to estimates by the RAND Corporation, a policy think tank working with the US Armed Forces, transition-related healthcare costs are between $2.4m (£1.8m) and $8.4m per year.

In 2017, defence data viewed by the Palm Center indicates that cost was in fact lower, at $2.2m.

Solicitor General Noel Francisco had described the transgender ban in his fast-track appeal as “an issue of imperative public importance” regarding the military’s authority “to determine who may serve”.

Mr Franscisco acknowledged the RAND figures in the appeal, but argued “the realities associated with service by transgender individuals are more complicated than the prior administration or RAND had assumed”.

Pentagon spokeswoman Lt Col Carla Gleason said in a statement that the military treats “all transgender persons with respect and dignity” and the new policy was “based on professional military judgement”.

She said the “proposed policy is NOT a ban on service by transgender persons. It is critical that [the defence department] be permitted to implement personnel policies that it determines are necessary to ensure the most lethal and combat effective fighting force in the world.”

Department of Justice spokeswoman Kerri Kupec said the administration was “pleased” that the top court was “clearing the way for the policy to go into effect”.

“Our military had been forced to maintain a prior policy that poses a risk to military effectiveness and lethality for over a year.

“We will continue to defend in the courts the authority and ability of the Pentagon to ensure the safety and security of the American people.”

The top court’s ruling has sparked outrage and frustration online.

Charlotte Clymer, a transgender Army veteran, tweeted: “This is a hateful and cowardly policy.”

As a military veteran and transgender American, I am heartbroken. This is a hateful and cowardly policy based on the terrible reasoning of a White House that has spent the past two years constantly seeking to harm transgender people. There is no excuse for this. https://t.co/laYFeAgWcv

Others, however, said the ban just meant transgender troops must “conform to dress code/physical standards like everyone else”.

Democratic lawmakers were quick to criticise the Republican administration. California senator and 2020 presidential hopeful Kamala Harris called for a reversal of the policy.

President Trump’s ban on patriotic, qualified Americans who want to serve our country is wrong and this SCOTUS decision shows how far we have to go to achieve full equality for everyone. I stand with transgender servicemembers who fight to protect our democracy and freedoms. 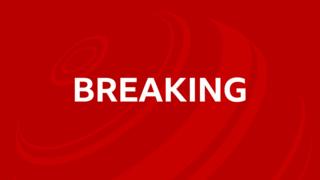 Officer held over US death of unarmed black man 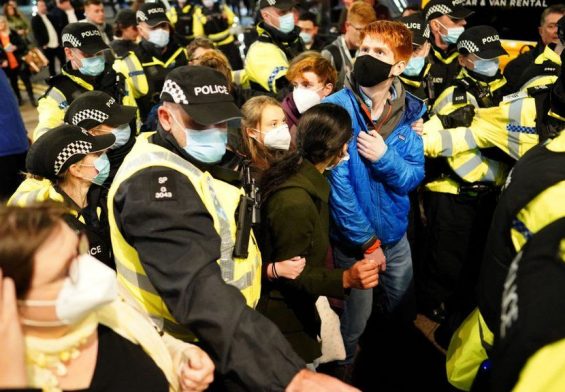 COP26: The story from Glasgow in 15 pictures 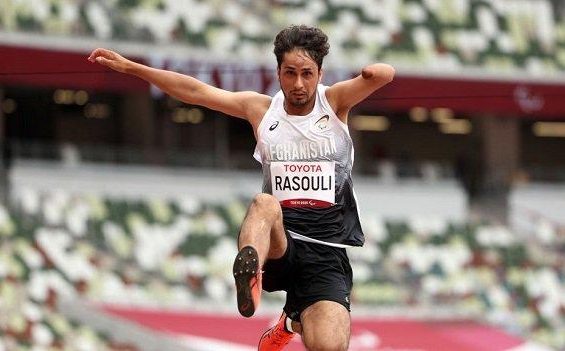