The Tonye Cole campaign organisation has blamed the Senator Magnus Abe faction for the exclusion of the All Progressives Congress (APC) from the governorship election in Rivers State.

A Federal High Court sitting in Port Harcourt on January 7, 2019 had nullified the primaries conducted by the two factions of the party in Rivers State. The court also restrained the Independent National Electoral Commission (INEC) from presenting Tonye Cole, Magnus Abe and other candidates of the APC in the 2019 governorship election in the state.

Cole’s faction stated that Abe’s group should not have approached the court, having written a petition to the National Executive Committee of the party. The group claimed that petition led to the party’s exclusion from the 2019 elections in the state.

A statement by the organisation read: “Fortunately for the petitioners, the NEC of APC on the 18th of May granted their relief of cancellation of the congress on the 5th, 12th and 19th of May 2018 and was rescheduled to the 19th, 20th and 21st of May 2018. However, before the APC NEC could reach a decision on the petition, the petitioners had gone ahead of the body to seek for the same reliefs at the Rivers State High Court.”

Cole’s group maintained that the party had intervened and waived the requirement for congress, which was part of the concerns raised with all aspirants allowed to contest the congresses without nomination forms.

According to the Tonye Cole organisation, the petitioners, in their hastiness to file a suit to the High Court, failed to exhaust the internal dispute resolution procedure, making the suit incompetent from the moment it was filed. It also added that in the originating processes of the suit in the court, the petitioners did not set out the wrongful act of the party that had warranted them to sue.

It maintained that the petitioners had, therefore, gone against the rule of the Supreme Court by undermining the process of redress of their party.

“It is for the reason that a person does not undermine the process of redress by an organisation to which he belongs by seeking same remedy in court once he has invoked the Remedial Authority of that organisation, that the Supreme Court set the rule and need for such a person to exhaust the internal dispute mechanism of the party, before approaching the court,” the organisation added. 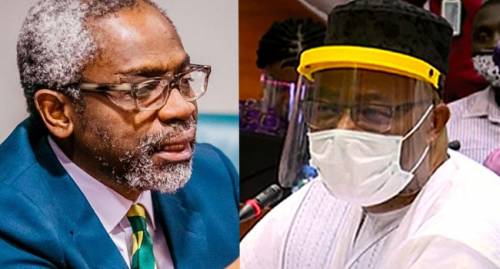 BREAKING: House Of Representatives To Sue Akpabio For Comment On Lawmakers Receiving Majority Contracts From NDDC