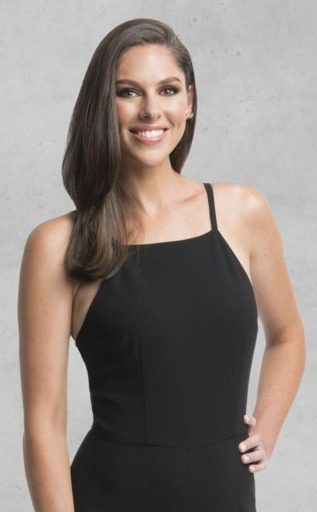 Abby Huntsman has some breaking news of her own: she’s pregnant with twins!

The View co-host is expecting a boy and a girl this year with husband of nine years, Jeffrey Livingston, she announced on The View on Wednesday. They are also parents to daughter Isabel Grace, whom they welcomed in November 2017.

“Everyone at this table has been so supportive,” she complimented her colleagues live on television.

As the TV anchor explained to People, this pregnancy did not kick off with the smoothest of stars. “I was actually worried that something was wrong with this pregnancy because I felt sick immediately,” she told the magazine. “Now, looking back, it makes sense, because I think the hormones were triple what they would normally be.”

Naturally, having twins was a bit of a shock—especially for her husband.

“When the doctor told us [it was twins], my husband fainted, which was just classic,” she revealed to the magazine.

“I think he saw two sacs in there and I could see it on his face. He turned white, and then when the doctor told us, he fell. Another doctor had to come in, and they were wiping him down with towels and giving him sugar,” the future mother of three described. “I was sitting there with my feet still in the straps. I’m like, ‘This is ridiculous. I’m the one that has to physically do this.'”

Of course, Huntsman has some concerns. “Guys, we’re gonna have three kids under 18 months in our apartment in New York City,” she quipped on the show.

Nevertheless, she has the support of her fellow View ladies. “You’re gonna be such an incredible mother to these two babies,” colleague and friend Meghan McCain assured her.

Congratulations to the future family of five!

People was first to report the exciting baby news.

Never Knew How Much We Missed Sister, Sister: Check Out the Stars Then & Now

The 20 Most Awkward Choices Made on The Bachelor Premiere