Prince Philip has apologized to the woman injured in a car crash last week.

On Jan. 17, the 97-year-old crashed into Emma Fairweather‘s car near Sandringham Estate. He went uninjured in the crash, but Fairweather reportedly broke her wrist. Another woman in the car had scrapes on her knees and the 9-month-old baby in the backseat fortunately was not injured.

Buckingham Palace released a statement that day about the situation. “The Duke of Edinburgh was involved in a road traffic accident with another vehicle this afternoon,” it said. “The Duke was not injured.” Prince Philip went to a doctor later on as a precaution, but was cleared.

Following the car crash, Fairweather spoke to the Sunday Mirror and told the publication that she was “upset” that the Duke of Edinburgh had not apologized to her as of two days later.

“It has been such a traumatic and painful time and I would have expected more of the Royal Family,” she said on Jan. 19.

She added, “I love the royals but I’ve been ignored and rejected and I’m in a lot of pain. It would mean the world to me if Prince Philip said sorry but I have no idea if he’s sorry at all.”

Well, it seems now Prince Philip and the royals have heard her pain and offered their apologies last week.

On Saturday, Mirror published a photo of a letter allegedly sent to Fairweather from the Prince. The letter was dated Jan. 21. Buckingham Palace told the Mirror that the letter was genuine.

Prince Philip typed a letter but wrote the salutation and signature in blue pen. “I would like you to know how very sorry I am for my part in the accident at Babingley cross-roads,” it began.

“I have been across that crossing any number of times and I know very well the amount of traffic that uses the main road. It was a bright sunny day and at about three in the afternoon, the sun was low over the Wash,” it continued. “In other words, the sun was shining low over the main road. In normal conditions I would have no difficulty in seeing traffic coming from the Dershingham direction, but I can only imagine that I failed to see the other car coming, and I am very contrite about the consequences.”

Fairweather, however, disputes Prince Philip’s statement about it being a “bright sunny day.”

She told the Mirror, “Prince Philip apparently said to a witness that it was the sun that dazzled him but I can’t see how that could be true when it was overcast.”

Prince Philip admitted he was “somewhat shaken after the accident” but he was “greatly relieved” that no one in Fairweather’s car was “seriously injured.” He went on, “I have since learned that you suffered a broken arm. I am deeply sorry about this injury.”

He concluded the letter, “I wish you a speedy recovery from a very distressing experience.”

Queen Elizabeth II‘s husband has since been seen driving around the area in a new Land Rover.

While a letter with Sandringham Estate’s seal on it and a signature from Prince Philip is a once-in-a-lifetime souvenir, Fairtweather knows exactly where she’s going to keep it. She told the paper, “It will just go in a file with all the rest of paperwork on this.”

Chris Brown Back in U.S. After Release in Paris Rape Case 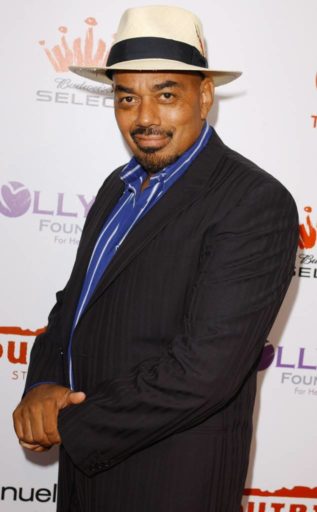 Shop Fenty Beauty's Friends & Family Sale While Everything Is 25% Off!