Members of the All Progressives Congress (APC) in Okitipupa/Irele Federal Constituency, Ondo State, have accused the Independent National Electoral Commission (INEC) of colluding with the Peoples Democratic Party (PDP) to “rig” the just-concluded presidential and National Assembly elections.

A statement by Agbajuni Oluwafemi, APC’s Publicity Secretary in Okitipupa Local Government Area, noted that the election which held on February 23, 2019, was marred by irregularities.

In the statement obtained by SaharaReporters, the party asked INEC to declare Albert Akintoye, the APC candidate, winner of the election.

The party gave instances of happenings during the election, which was characterised by violence and irregularities, “purportedly organised by PDP in connivance with the electoral umpire (INEC) and security agents”.

The statement read: “Below are parts of the evil perpetrated in Okitipupa/Irele Federal constituency. In Okitipupa, the National Vice Chairman South-West of PDP, Olorogun Eddy Olafeso, led thugs who carried dangerous weapons and charms to Okitipupa.

“They chased voters away and manipulated the results of various units. For instance, card readers were not allowed to be used in Okitipupa ward 2 units 002, yet they recorded 66 for APC, 102 for PDP, and in unit 019, they recorded 54 for APC and136 for PDP without the use of card readers.

“Same thing happened to the entire three wards in Ilutitun, the home town of the PDP House of Representatives candidate, Mr. Ikengboju Gboluga, where voting materials for units 14 and 15 were burnt down by PDP thugs. As if that was not enough, card readers were not allowed to be used in virtually all the three units in Ilutitun. Yet, votes were unjustifiably awarded to PDP, which culminated into unwarranted allotment of the highest number of votes to PDP by INEC in the entire federal constituency.

“In Ode Aye ward 1, unit 002, thugs beat up APC members and did not allow the use of card readers. This incident led to the cancellation of the result of the unit. Also, Igbotako was not left out of this ill act as thugs invaded unit 001 of Igbotako ward 2. The unit is situated in the homefront of erstwhile deputy governorship candidate of ACN, Otunba Paul Akintelure. The thugs beat up whoever they sighted and set ablaze the election materials in the place. Also in Akinfosile unit, men in Army uniform snatched away already counted ballots and whisked away the corps member, who was the INEC ad hoc staff on duty for hours.

“Card readers were also not used in unit 011of Iju Odo/Erekiti ward where thugs casted all the votes, but then INEC still awarded votes at will to that unit. In Irele LG, virtually the elections in all the units were marred with various forms of irregularities ranging from no usage of card readers, ballot snatching, use of dangerous weapons and charms, to burning of electoral materials in the full glare of security personnel.

“Our prayer Sir, is that Honourable Albert Akintoye, the APC’s flagbearer in Okitipupa/Irele federal constituency, should be declared the winner of the election more so that the candidates of other political parties concurred that Albert Akintoye genuinely won the election.

“Not this alone, there were series of protests on the streets of towns and villages in Okitipupa and Irele local governments against the conduct of the election.”

NANS Condemns Police For Stopping Planned #JusticeForTina Protest In Lagos, Vows To Carry On With March 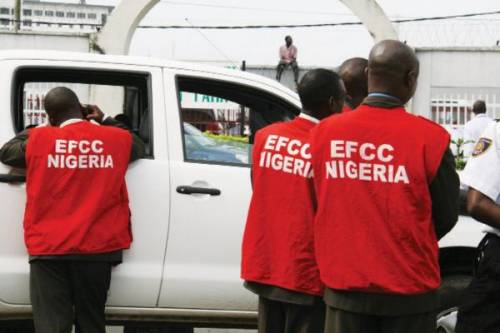