Nigeria’s Air Peace has revealed it has no plans to grouns its 10 Boeing 737-MAX 800 airplanes after public outcry on social media for it do so over global safety concerns.

Speaking with newsmen on Monday, Air Peace spokesperson, Mr. Chris Iwarah, said: “The airline will continue to act in the interest of the safety of the flying public.”

He said the airline would continue to act in the interest of the safety of the flying public.

Countries like China, South Korea, Ethiopia and the Cayman Island that recently acquired the B-737-800MAX model had grounded operations of the aircraft model following the crash of an Ethiopian Airlines crash, which killed all 157 persons on board.

The crash was the second involving the B737 MAX 800 aircraft in four months, following an October 2018 crash involving a Lion Air plane that went crashing into the sea off Jakarta, in Indonesia, killing all 189 people on board.

Iwarah said that the multi-million-dollar deal signed between Air Peace and the American aircraft manufacturer, The Boeing Company, on September 13, 2018, for the delivery of 10 brand new B737 MAX 800 aircraft was “still on”.

“We are currently working with Boeing, we are also asking questions and following all developments because we are a safety conscious airline.”

Comoros Thanks Madagascar For Supply Of COVID-19 Remedy

What Happened Between Pamilerin And Me, Peruzzi Breaks Silence 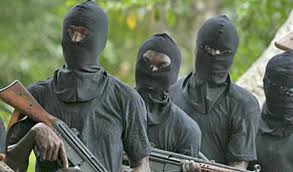