Uche Okwukwu, Secretary-General of Ohanaeze Ndigbo, says the endorsement of Atiku Abubakar, presidential candidate of the Peoples Democratic Party (PDP) by John Nwodo, the Ohanaeze Ndigbo President, is “betrayal of trust reposed on him” by Igbo leaders.

He said this in an interview with The Sun, stating that the adoption and endorsement of Atiku did not follow due process.

Okwukwu noted that as the Secretary-General of the body, he did not sight any communiqué, nor did he sign anything to that effect, it as it should be done.

“It is a procedural error. I must say as the Secretary-General, that I sign the communiqué with the President General, that one never took place; I never saw any communiqué. In fact, no communiqué was drafted. And that’s why I said that the purported endorsement of Atiku is invalid,” he said.

He also described the Imeobi meeting where Atiku was endorsed, as fake and unconstitutional because key leaders were absent.

“As he was concluding the meeting, the representative of the Anambra State Governor arrived, the Speaker came, Ngige, Ogbonnaya Onu and Ebonyi deputy governor representing Governor Umahi arrived only to be told that the Imeobi had concluded their meeting.

“He betrayed the trust those leaders reposed in him. So, I cannot endorse that level of illegality and rascality.”

“They would have taken the opportunity when they met with Atiku in November last year to invite Buhari to ask him questions, because if Atiku says restructuring; his own idea of restructuring may be different from Buhari’s idea of governing Nigeria.

“Restructuring is just a form of justice and this same Buhari that you’re condemning had already asked Ndigbo to give him a state that he will present it as an executive bill to the National Assembly and it will be created to give us six states. Ohanaeze NEC recommended a state and till date, Nwodo frustrated it by not submitting it to the President.” 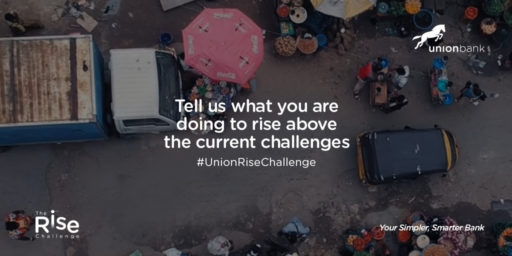 #UnionRiseChallenge – Doubt Your Doubt! You too Can Rise!

CSOs To Hold Anti-corruption Protest In Abuja On Tuesday