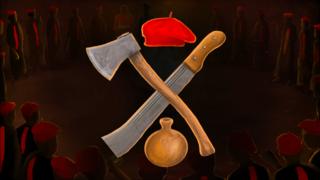 Roland* was a first-year student when he joined the Buccaneers, a secret, illegal student society in Nigeria. A brutal initiation ritual was held late at night in the forest.

Older members, singing, dancing and drinking, formed a ring around him and other blindfolded initiates, beating them severely until the early hours of the morning.

The ritual was supposedly to purge the initiates of weaknesses and instil bravery in them.

“The moment you go in there and come out, you are a different person,” Roland told the BBC.

These societies, also referred to as confraternities and campus cults, have names like Vikings, Black Axe, Eiye (a word in the local Yoruba language for bird), and the Buccaneers.

They have a chain of command similar to militia groups, use code words and have insignia bearing the favourite weapon of the cult, along with its colour.

Members are promised protection from rival gangs, but it is mostly about power and popularity.

These secret societies are banned in Nigeria and hundreds of members have been arrested and prosecuted over the years. Nevertheless, they continue to operate, especially on university campuses, where they still attract new members.

These cults have been accused of being behind serious violence, including killings, at universities across the country and sometimes harassing lecturers for good grades.

In some cases, students are lured with promises of networking opportunities.

Most societies now operate off campus as well, often with members who never went to university. They have increasingly resorted to crime. 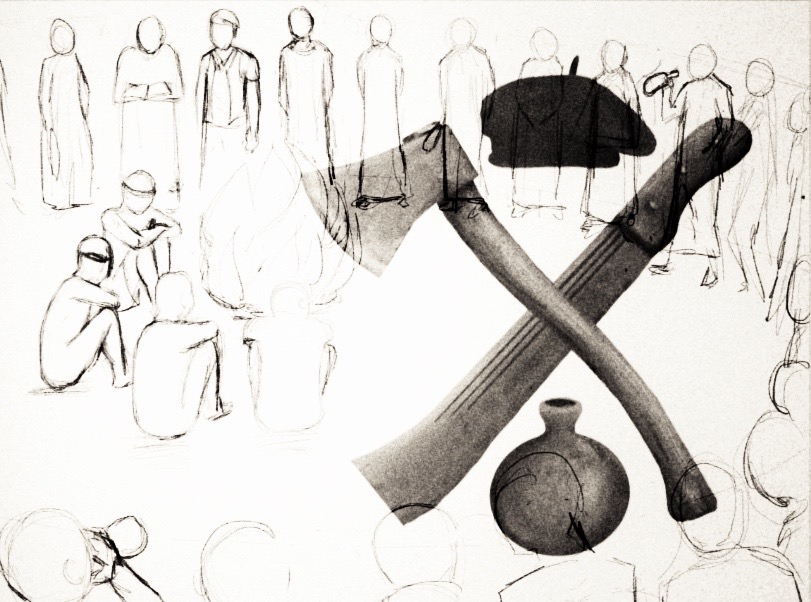 In places like the commercial capital Lagos and oil hub Port Harcourt, cults have been known to recruit teenagers into street gangs that serve as a training ground for membership if they get to university.

In April, residents of Lagos and neighbouring Ogun state resorted to forming vigilante groups as reports spread that hundreds of gangsters belonging to One Million Boys and Awawa Boys were attacking some neighbourhoods.

There was a lockdown in the state to halt the spread of the coronavirus and some residents said the gangs had become more daring and were robbing homes.

Soon there were more reports, especially on social media, of gangs attacking people in other communities in what looked like massive coordinated attacks.

The police denied there were widespread robberies in the state, describing the reports as “fake news” spread by the gangsters to cause panic as a prelude to launching attacks.

Police, nevertheless, confirmed they had arrested more than 200 suspected cultists for being involved in a gang war that broke out after the death of a cult leader in a fight.

Why Roland became a Buccaneer

Roland decided to join a cult to get protection at his university in eastern Nigeria.

A friend of his was robbed by a confraternity member resulting in a feud. Roland got dragged into the feud, and was assaulted on two occasions.

He reported the attacks to university authorities, but campus security guards could do little.

These unarmed private guards were – and remain – no match for the cultists, who carry guns and other deadly weapons.

Roland’s search for the “least violent fraternity” led him to the Buccaneers after he declined an invitation to join the notorious Black Axe.

But once inside he lived in fear of rival groups.

The confraternity system in Nigeria was not always so violent.

It was started way back in 1952, during the last years of British colonial rule, by a set of young idealistic men. 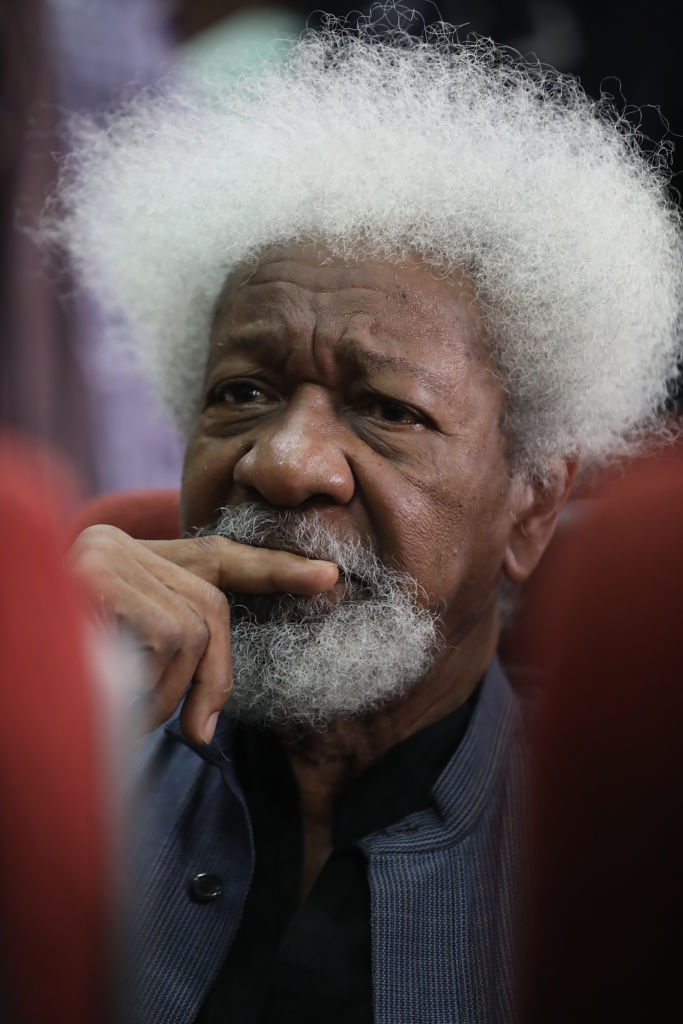 “At no time did I imagine that anything could degenerate”

The students named their confraternity the National Association of Seadogs, or Pyrates, to rebel against notions of elitism by middle-class Nigerians.

The original founders, known as the Magnificent Seven, were committed to the pirate theme. They used to even pretend to be pirates, wearing bandanas and carrying cutlasses.

“We were having fun with a social orientation,” Soyinka told the BBC.

He described the present confraternities as “vile, evil groups”.

“I never imagined that any university-based group could actually adopt a mafia style, which involved manhood tests like raping, robbery, arms, murder, kidnapping.

“At no time did I imagine that anything could degenerate. And why did it degenerate? Instead of these kids being treated as the criminals they were, they were being protected by their parents and their relations,” he said.

The Pyrates, of which Soyinka is still a member, now exist as a group dedicated to “humanitarian and charitable endeavours”.

It no longer recruits students, and its leadership took it off campuses in 1984 in order to distance the Pyrates from violence.

How the societies became violent

A split in the Pyrates in the late 1960s had led to breakaway students starting the Buccaneers, and other societies.

Petty rivalries developed between them as they jostled for prestige, power, women and access to corrupt politicians who began hiring cult members to unleash violence against opponents.

Some groups are more violent than others and not all members are involved in crime. Nevertheless, they all strike fear in the hearts of Nigerians.

The Black Axe are among the most notorious. They emerged in the 1970s and were originally known as the Neo Black Movement. Its founders said the group’s aim was to “liberate” the black race.

But at universities, the group no longer seems to be driven by any political ideology.

Instead, Black Axe members are accused of numerous killings and sexual attacks.

In 1999 they killed five members of the student union at Obafemi Awolowo University in the ancient city of Ile-Ife in Osun State.

Black Axe members have also been victims of brutal violence.

At the University of Port Harcourt in the mid-1990s, a cult leader was decapitated and his bloodied head was hung on a pole at the university’s entrance as a sign of triumph.

Cult violence on campuses has decreased in recent years. It was at its worse in the 1980s and 1990s when Nigeria witnessed numerous coups.

The military was repeatedly accused of funding and arming confraternities to attack and suppress the student protest movement demanding democracy. 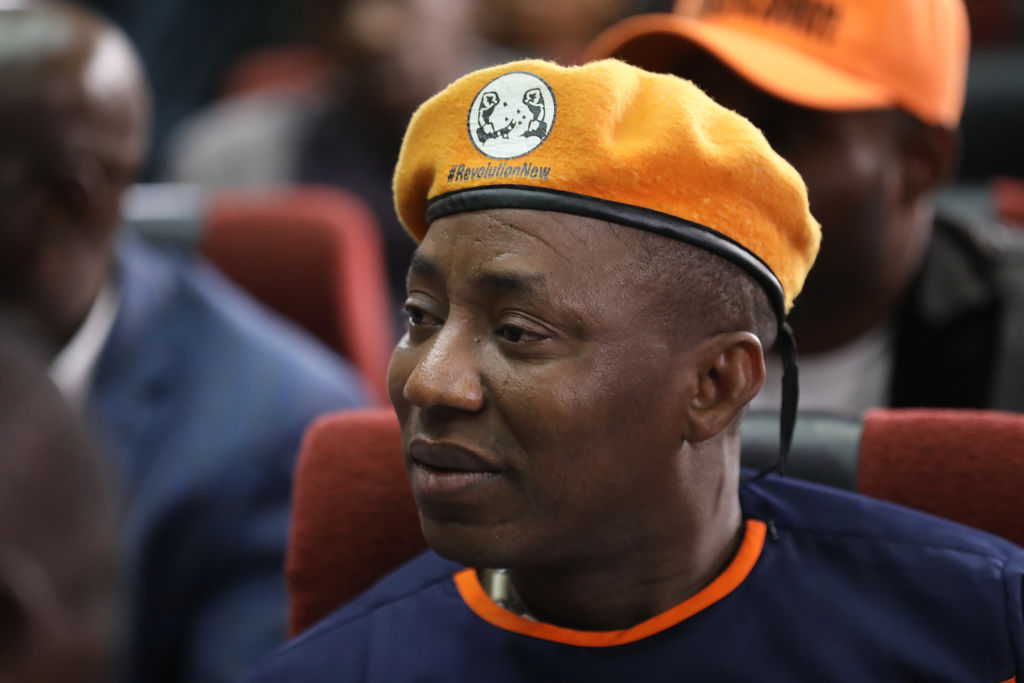 They stabbed me in the head, left the knife there and stripped me naked”

Journalist Omoyele Sowore knows the groups well from that era, when he was a student at the University in Lagos.

Cults were causing havoc on campus and as president of the student union he decided to take them on.

It would prove costly.

“I almost lost my life,” Sowore told the BBC.

In March 1994, he was held at gunpoint and injected with an unknown substance.

“Several of them pounced on me. They stabbed me in the head and left the knife there and stripped me naked,” Sowore said.

He was later rescued by other students and taken to hospital.

The activities of some of these groups are not restricted to Nigeria. The Eiye cult is accused of criminal activities as far away as Europe.

Its members were among a group of 23 arrested by police the Spanish region of Catalonia in 2015 for being part of an international syndicate accused of trafficking people and narcotics (cocaine and marijuana) and forging passports.

The group was also accused of facilitating the transport of stolen crude oil into Europe.

Rarely do members leave a cult while still in university – those who dare to do so are assaulted or, in some cases, killed.

Some students have quit their studies to escape the grip of the cults.

Others remain lifelong members of their cult. It provides them with networking opportunities to get good jobs and to access power.

Roland believes the cults offer a false sense of security, prestige and power. Members are always on the edge, not knowing when a rival group will attack.

“Half the time you would be afraid. No matter what they [members] say, they are always afraid,” he said.

*Roland’s name has been changed for his own protection

You may want to watch: 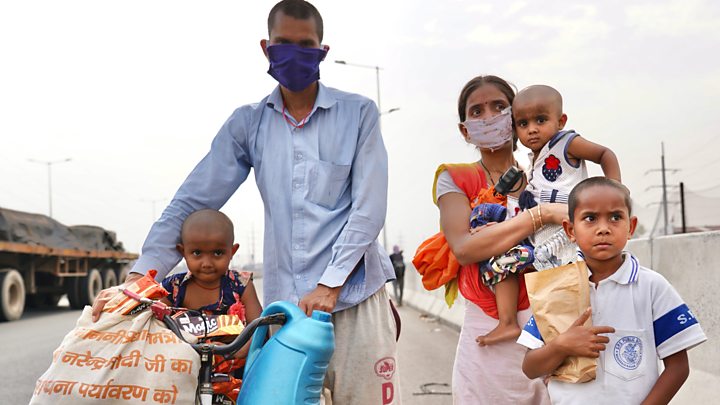 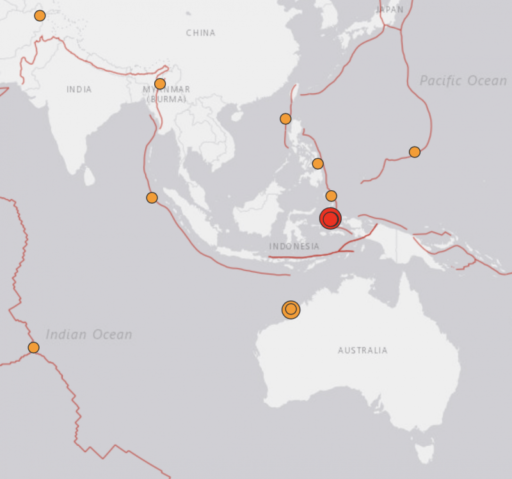 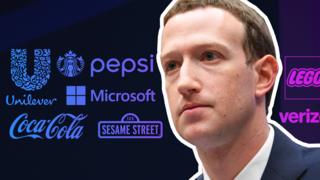 Zuckerberg: Advertisers will be back to Facebook ‘soon enough’