Amnesty International has revealed that thousands of women who fled Boko Haram-controlled areas, almost a year after its investigation, revealed patterns of abuse by security forces.

In a statement released on Friday in commemoration of International Women’s Day, Amnesty International noted that many of the women still struggle to access food and other basic items in camps for Internally Displaced Persons (IDPs) and are restricted from leaving.

The organisation also accused government officials, particularly the Borno State Emergency Management Agency (SEMA), of harassing the women if they speak up about their ordeal.

According to Amnesty International, a combination of movement restrictions and lack of assistance leaves them at increased risk of sexual exploitation by members of the security forces present in and around the camps.

Speaking on the plight of the women, Osai Ojigho, Director of Amnesty International Nigeria, said: “It is unacceptable that women who survived the brutal reign of Boko Haram are still being denied their rights. We have long documented that women are being made to exchange sex for food and livelihood opportunities by members of the security forces just to survive and feed their children.

“Last year, we issued a report which documented patterns of rape, starvation and arbitrary detention by the security forces, but the government and military shamefully dismissed the findings. A follow-up with the survivors shows they are on the verge of losing hope of ever getting justice, with previous promises of investigation leading nowhere. However, they will not give up.

“We are also calling on the Senate of National Assembly to fulfil its pledge to investigate concerns raised in our report, ‘They Betrayed Us’, so that survivors can get justice.”

Recent investigation by Amnesty International shows that some of the women confined to camps in the Borno State capital of Maiduguri still have no access to adequate food assistance, and are battling with hunger and malnutrition.

In many cases, their situation is made more precarious by the ongoing detention of male family members; thousands of men were arbitrarily detained or subjected to enforced disappearance as they fled intensified fighting from late 2015 onwards. Many of these women do not know whether their husbands are dead or alive.

“The arbitrary detention by security forces of what may still amount to thousands of men is unlawful under international human rights law.

“The failure by the authorities to provide a mechanism for family members of detainees to obtain information on the whereabouts and well being of their relatives, and the denial of information to those who approached the military for information, has caused mental suffering that constitutes ill-treatment under international human rights law.”

The organisation called on the Nigerian authorities to investigate credible allegations of rampant corruption by those affected at IDP camps, referencing the protests at the Shettima Ali Monguno and Teachers Village camps in Maiduguri, the Borno State capital, in February over “lack of food, ill-treatment and corruption”.

“The Boko Haram conflict forced thousands of women to live in squalid conditions in internally displaced persons’ camps. It is the responsibility of the Nigerian authorities to protect them and bring to justice all those suspected of exploiting them,” Ojigho added.

I Was At The Airport To Receive Medical Supplies, Not Chinese Medical Experts – Health Minister 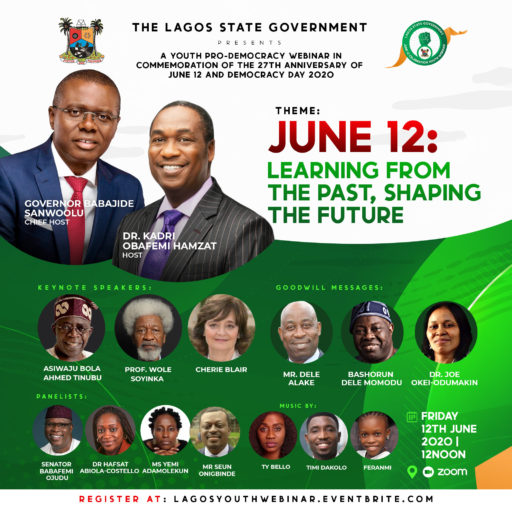