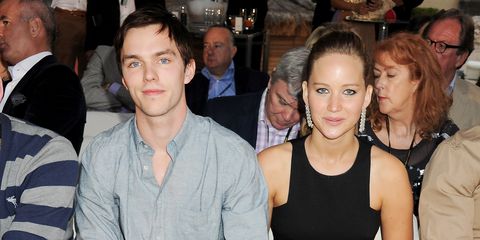 Before Jennifer Lawrence started dating her current boyfriend Cooke Maroney and Nicholas Hoult dated and welcomed his first child with model Bryana Holly, the two were together for four years. They broke up in 2014 but continue to work together on the X-Men films, the movie series that first introduced them to each other. Hoult plays Beast; Lawrence plays Mystique. But, as Hoult explained to ES magazine in a new interview, working alongside his ex isn’t really weird at all because they have so much history.

While he didn’t single J.Law out, he detailed the dynamic with all his costars, including Lawrence, on that set. “It’s pretty similar to Skins [the UK teen series Hoult starred on from 2007 tot 2008], we’re a big family, we’ve been doing those movies since we were 20 years old,” Hoult said. “As much as the Skins crowd grew up together, the X-Men crowd really grew up together. It’s been a good eight, nine years making those movies. We’ve all got to get along, we’ve all got to have fun. The really beautiful thing about this last film is that [writer and director] Kim Berger has given me somewhere nice and new to experiment and go with the character. Which is cool.” That new X-Men film, Dark Phoenix, comes out on June 9, 2019.

Hoult talked about dating Lawrence previously in a V magazine interview back in March 2014, before they broke up later that year. At that point, Lawrence had become a Best Actress Oscar winner for her role in Silver Linings Playbook at the 2013 Academy Awards ceremony and was also starring in the Hunger Games series.

Her newfound superstardom didn’t change their relationship too much, Hoult said then. “The privacy thing obviously changes but the rest pretty much stays the same,” he said. “It’s like that thing whereby you don’t believe your own hype. Enjoy the good times, but don’t get swept away with it. I think that’s something she’s capable of doing, and that’s what makes her special, but yeah, it is very odd, and I am just kind of a bystander in many ways. It is well deserved for her. I haven’t really seen any change in her.” 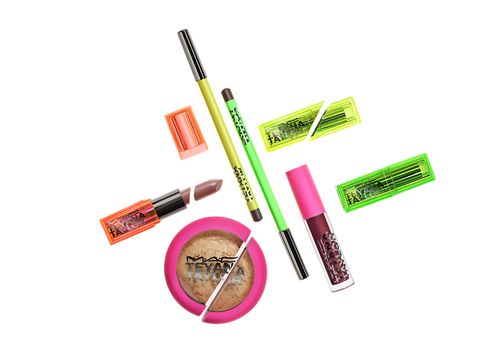 Teyana Taylor on Her New M.A.C. Line, Feeling Beautiful, and The ’90s