Nancy Pelosi elected as Speaker of diverse US House

California Democrat Nancy Pelosi has again been elected as Speaker – the third most powerful role in Washington – in the US House of Representatives.

She reclaimed the gavel after the most diverse class of lawmakers were sworn in and as Democrats took control of the House after mid-term elections gains.

Her victory came as the US government remained partly shut down in a row over funds for the president’s border wall.

Ms Pelosi has said she wants to end the shutdown but will not support the wall.

“I’m particularly proud to be a woman speaker of the house of this Congress, which marks the 100th year of women having the right to vote,” she said.

“And, that we all have the ability and the privilege to serve with over 100 women members of Congress – the largest number in history. “

Ms Pelosi, 78, seized the gavel as the House welcomed more women than ever before in the 116th Congress.

As of Thursday, 102 women serve in the House, an all-time high, including 36 newly elected members and a record 43 women of colour.

While Republican women marked some firsts this past election season – like Marsha Blackburn becoming the first female Tennessee Senator – the vast majority of these new lawmakers are Democrats.

Among them are the first Muslim congresswomen – Michigan’s Rashida Tlaib and Minnesota’s Ilhan Omar – and the first Native American women to serve – New Mexico’s Debra Haaland and Kansas’ Sharice Davids.

While celebrating the Democratic diversity during the swearing-in ceremonies, some on social media highlighted the contrast to the Republican members, who are mostly white men.

Rep. Liz Cheney, speaking now, is one of 13 Republican women in the House. Looking at the two parties side by side on the House floor right now – the lack of diversity (gender / ethnic/ racial) on the Republican side is quick stark.

Carol Miller of West Virginia is the only new female Republican representative, bringing the total number of conservative women in the House to 13 – a decrease from 23 before the mid-term elections.

The first day of a new Congress is usually like the first day of school. New arrivals wander the halls in a daze. It’s all handshakes and smiles; ceremony and sunshine.

There was a big cloud over the proceedings at the Capitol this day, however. For the first time in US history, a government shutdown – the fourth-longest on record already – has stretched from one Congress into the next.

There were still receptions and flowery speeches to supporters who travelled to Washington for the occasion. But the champagne toasts will be abbreviated, as the real work in Congress begins almost immediately. The House Democrats scheduled votes for their legislation to reopen the government just hours after the swearing-in ceremonies wrapped up.

This is the opening move, however. Republicans in the Senate have pledged to only vote on measures that have Donald Trump’s support – and the president continues to demand his border wall funding.

As Dick Durbin, the second-ranking Democrat in the Senate, told me earlier today, there’s “no end in sight” for the shutdown.

“I’m realistic, not optimistic,” he added.

It may be a new day and a new Congress, but hope is already a scarce commodity.

Why did the government shut down?

The partial US government shutdown began when Congress and Mr Trump failed to reach an agreement over a budget bill in December.

Ms Pelosi and her fellow House Democrats have vowed to pass spending bills to end the shutdown, but have insisted the bills will not include any funding for President Donald Trump’s border wall with Mexico.

In her remarks on Thursday, Ms Pelosi promised to re-open the government “to meet the needs of the American people”.

“I pledge that this Congress will be transparent, bipartisan and unified,” she added. “Let us respect each other and respect the truth.”

However, Senate Republicans, who must also agree on the legislation, have said they will not pass any bills without the president’s approval, which means the gridlock will probably continue.

Mr Trump’s Republicans had passed an initial funding bill including $5bn (£4bn) for the wall, when they still had a majority in the House, but they could not get the necessary 60 votes in the 100-seat Senate.

Democrats won the majority of the House in the November mid-term elections.

Speaking from the White House briefing room for his first time ever on Thursday, Mr Trump congratulated Ms Pelosi, saying: “It’s a very, very great achievement and hopefully we’re going to work together.”

What are the Democrats planning?

Nancy Pelosi said the Democrats would quickly pass budget legislation providing sufficient funds to end the shutdown, but has not offered specifics.

Speaking on the Today show on Thursday, she reiterated: “Nothing for the wall.”

“There is no amount of persuasion he can do to say to us, ‘We want you to do something that is not effective, that costs billions of dollars,'” she said.

“That sends the wrong message about who we are as a country.”

The Democrats will also try to pass the blame for the shutdown on to the president, pointing out that the bills they will pass would be similar to legislation that had won bipartisan support in the Senate in December before Mr Trump signalled he would not back it.

“We’re asking the president to open up government,” Ms Pelosi said. “We have given the Republicans a chance to take yes for an answer.”

One Democrat bill would temporarily fund the Department of Homeland Security until 8 February, while another measure would fund other departments closed by the partial shutdown until 30 September.

The Senate majority leader, Mitch McConnell, has said Republicans there will not back measures that Mr Trump does not support.

He called the Democrats’ move a “total nonstarter” and a “political sideshow”.

The president is due to resume budget talks with top Democrats and Republicans on Friday.

What does the partial shutdown mean?

#ShutdownStories: The impact of the government shutdown

Who else was there?

Before taking the oath Ms Pelosi’ invited her grandchildren, as well as any other children present in the chamber, to join her at the dais.

Looking on was “I Left My Heart in San Francisco” singer Tony Bennett, 92, who was a guest of Ms Pelosi and reportedly serenaded her at a dinner at the Italian embassy the night before.

Ms Pelosi has previously spoken of her family’s love for the Grateful Dead. When she was first sworn in as Speaker in 2007, she was joined by Mr Hart and other members of the psychedelic rock band who later celebrated by performing a concert in her honour.

More on this story:

More women than ever before won seats in Congress in the 2018 mid-terms.

What does it mean for Congress – and America?

The Second Act of Kristen Bell

The Brazilian footballer who never was 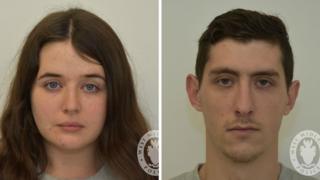 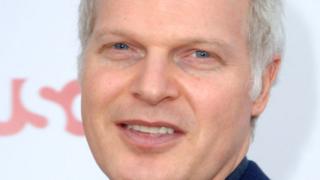 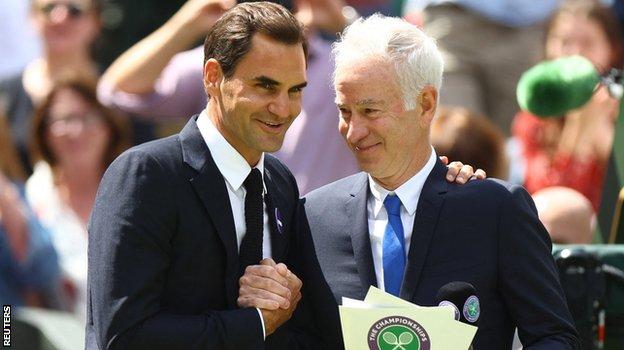