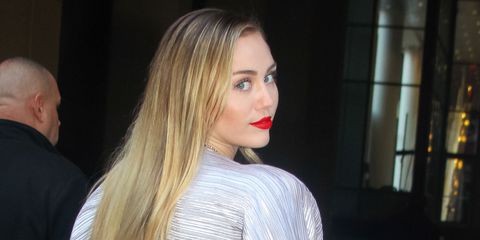 Miley Cyrus has one more thing people want, in addition to a hot survival partner and insane singing talent: those ridiculously expensive Louis Vuitton AirPods before they’re even released. Cyrus showed off the white set in her ear on her Instagram Story, and she wasn’t exactly downplaying her new addition. “Listening to my new shit on my new shit,” she wrote. That first “new shit” is presumably her new music. The second is the designer wireless headphones, which will retail for $995 when they come out.

Cyrus was likely gifted them from Louis Vuitton in advance, although it’s not out of the question the brand let her buy them early. Either way, must be nice.

Louis Vuitton, as Harper’s Bazaar first reported, collaborated with Master & Dynamic, a New York-based audio brand company, on the headphones. In additional to white, they will be available in red, black, and yellow and blue LV stripe. Cyrus and those wealthy enough to spend $995 on designer AirPods will be able to listen to music for three and a half hours before needing to charge the Louis Vuitton headphones on the charger they come with.

Cyrus’s Instagram isn’t the only statement she’s made about her new music in the last day, by the way. She left an Instagram comment earlier this week debunking a rumor about her next single’s title. Fans speculated it would be called “About Last Night,” based off the photos Cyrus, Mark Ronson, and their friends were sharing on social media. Not the case, Cyrus said. “My shit is much more original,” she wrote. 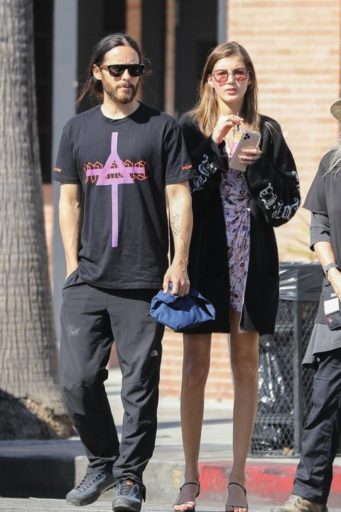 Black in Fashion Council | Everything You Need to Know

Our Work Is Not Done Until We End Voter Suppression