Earlier on Sunday, at a meeting held in Abuja, the Ohanaeze Ndigbo, Northern Elders Forum, Pan-Niger Delta forum, the Middle Belt Forum, as well as a faction of Afenifere, the Yoruba socio-political group, endorsed Atiku’s candidature.

In a similar move, the Miyetti Allah group in the North-East also followed suit and pitched their tent with the former Vice-President.

However, Keyamo expressed displeasure with the endorsements, describing them as “fraudulent”.

A statement issued by the Senior Advocate of Nigeria (SAN) on Sunday, read: “Firstly, as regards the endorsements by the above-named socio-cultural groups, there is no fraud bigger than that of known PDP members and/or hardened PDP sympathizers wearing the apparel of socio-cultural groups, purporting to represent entire regions and endorsing their own political party. The impression given through these endorsements that PDP is expanding its support base is also an attempt to deceive Nigerians because these are groups that supported PDP in 2015 and lost the election along with PDP. Therefore, their excuse that they are supporting Alhaji Atiku Abubakar because of the bogey called ‘restructuring’ is nothing but a subterfuge. In any case, Ohaneze had said in its earlier release that the first reason they are endorsing Atiku Abubakar is that his running mate is an Ibo man.

“In the past, it used to be that some of these individuals have used the names of these groups and platforms to purport to represent their people and as such enjoyed huge government patronage. The proceeds of this patronage have never trickled down to their people they purport to represent but ended up in their pockets and benefitted only their immediate families. This is in perfect tune with the campaign promise of Atiku Abubakar to enrich only his friends. Therefore, like bees and honey, these people and Atiku Abubakar are attracted to themselves.

“Unfortunately for them, President Muhammadu Buhari has managed to navigate his way directly to the masses who they purport to represent and is ensuring that the dividends of democracy reach the people directly. Their annoyance is that they have been eliminated as middlemen. That is why the bond between the masses and President Muhammadu Buhari continue to grow on a daily basis.

“The curious question we ask is that, where were these social-cultural groups all these years when the PDP squandered our resources and failed to develop critical infrastructure in their respective regions? Are they saying that they are satisfied with the level of developments of infrastructure in their respective regions during the 16 years of PDP rule? Where is the outrage of these socio-cultural groups as the Buhari administration has so far recovered from PDP members and their allies a total of nearly N800billion, 407 mansions, 259 automobiles, farmlands, filling stations, etc – all belonging to the Nigerian people? Where is their outrage? Instead they are endorsing these same set of people who perpetrated this evil against the Nigerian people.”

He also took a swipe at a seeming projection of Atiku’s victory according to reports by “some media houses”. It was not clear what “reports” Keyamo referred to, but The Economist Intelligence Agency had projected on Friday that Atiku would come to power, but with a “sweeping free market agenda”, which may be too “monumental to implement in full”.

Berating the report, Keyamo said: “Secondly, as to the voodoo percentages allocated to Alhaji Atiku Abubakar in some voodoo projections by some media houses (which should have since changed their crests to the umbrella — the symbol of the PDP), it is laughable to see them project a tight race between President Muhammadu Buhari and Alhaji Atiku Abubakar. For instance, we note with amusement the clear lead given to Alhaji Atiku Abubakar in the South-East, just because his running mate is from the region, but fail to see that same clear advantage given to President Buhari in the South-West from where the Vice-President comes.

“It is also fraudulent to project the reduction in the advantage the President has always enjoyed in his traditional base, but fail to see the massive inroads the President has also made into the traditional bases of the PDP. These and many other funny and fraudulent projections are what we know the PDP is using to prepare the ground to rubbish the electoral process which its leaders know is an insurmountable mountain for them to climb. They are, therefore, going for broke.

“We want to alert Nigerians to be firm and unwavering in their resolve not to go back to the vomit which they spewed forth in the shape of PDP in 2015. Nigerians have seen through the PDP and its presidential candidate, Alhaji Atiku Abubakar (who has been described by his former employer in the most debasing language ever found on print) and Nigerians can no longer be deceived.

“We are confident that in a few days’ time, the PDP will be put where it rightly belongs by the good people of Nigeria – the dustbin of history.”

We Used N1.5bn To Take Care Of Ourselves As COVID-19 Palliative, Says NDDC MD, Pondei 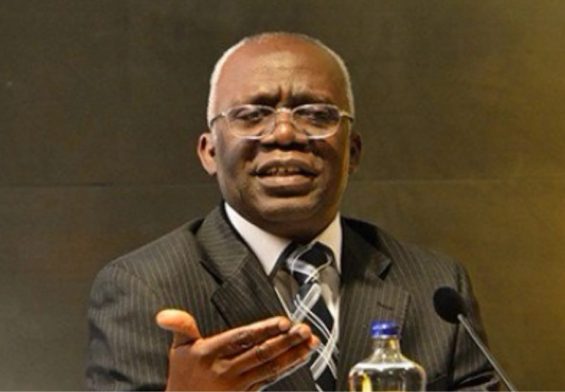 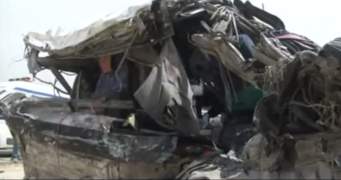