A Federal High Court sitting in Abuja has postponed ruling on a suit filed by the African Action Congress (AAC) and its presidential candidate, Omoyele Sowore, against the Nigeria Elections Debate Group (NEDG), Broadcasting Organisations of Nigeria (BON) and Mr. John Momoh, Chairman of BON, challenging the party’s exclusion from the presidential election debate organised by the respondents.

Justice Danlami Senchi of the Abuja High Court recused himself from the suit.

At the resumed hearing of the case on Tuesday in Abuja, the judge said his role as vacation judge had ended, and he would therefore refer the case file to the Chief Judge for reassignment, hearing and determination.

Counsel to the plaintiffs, Barrister Inibehe Effiong, had approached the court to withdraw and discontinue the action against the thirrd defendant, John Momoh on the ground that he could not be reached for service. He said the matter could go on without the thirrd defendant, adding that the first and second defendants were duly served.

While quoting order 24, rules 1 and 2 of the court, which allows the plaintiff/claimant to withdraw an action in part or whole against the defendant since the service has not been effected, counsel to the third defendant, Onyekachi Omah, submitted that he did not oppose the application for discontinuation of action but demanded N1million as cost of action against the plaintiff. He claimed that the third defendant was only served last Friday, noting that the service was defective.

Omah noted that they were filing a counter-affidavit opposing the interlocutory injunction and originating summon of the plaintiff, but could not be served on parties in the matter due to the  logistics that bordered on the distance between Maitama and Jabi court, where the matter is taking place. He told the court that his client had incurred costs while taking steps to defend the suit.

The presiding judge interjected the defence counsel, saying he had no moral right to demand for cost of action on behalf of the third defendant who was conspicuously absent in the court .

In his response, Effiong said the defence counsel had not submitted any evidence or proof before the court to justify the cost he demanded for. He, therefore, asked the court to disregard the request, adding that the court could not disbelieve the officer of the court and believe the counsel.

The judge, therefore, ruled that the sum of N5,300 be paid as cost to the defendant.

Sowore had sued NEDG) and BON for excluding the party in the 2019 presidential and vice presidential election debates.

On the matter in court today, a statement by Rachel Onamusi-Kpiasi, Director, PR, Media and Communications of the Sowore2019 Campaign/African Action Congress, noted that the case was postponed to “settle some legal technicalities”.

Omoyele Sowore, the AAC presidential candidate and his running mate, Dr. Rabiu Ahmed Rufai, appeared in court for the hearing.

“After an intense day consisting two court sessions where the defendants tried every trick in the book to delay and postpone the case, the judge finally ruled for the case to be postponed to settle some legal technicalities,” Onamusi-Kpiasi said.

“The case will be assigned to a different judge and the new date will be announced shortly after full legal procedures have been met. The AAC has always demanded to know why we were excluded from this debate. It is inconceivable that a debate stage will hold five presidential candidates and the most persuasive voice of the nation, the AAC, is not included.”

Onamusi-Kpiasi also noted that “several phone calls to Eddie Emesiri, the NEDG executive secretary, has not yielded a conclusive response, choosing instead to hurl insults and allegations at the party and its founder”.

“We have never thought the road to freedom would be easy. We are well aware that those who have gained from the rot and decay of Nigeria would not take lightly to our demands for freedom,: she said. “But the revolution has begun and Nigeria MUST progress. We will see the NEDG/BON in court.” 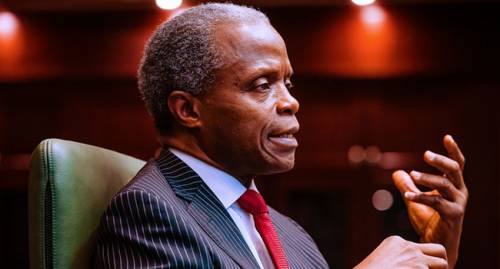 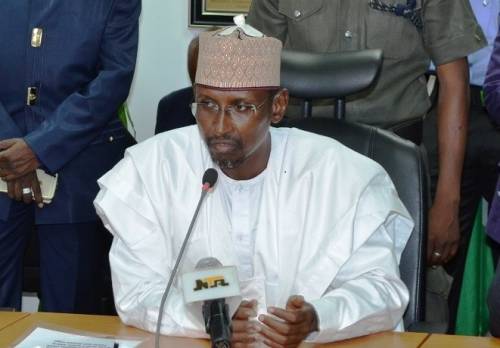