Borno State recorded the highest voter turnout, with 41.18% of its registered voters trooping out to vote during the presidential election despite the insecurity endured by its inhabitants since 2009.

Residents of Maiduguri, the Borno State capital, were not deterred by the early-morning explosions on election day, as the voter turnout increased in the state from 28.62% in 2015 to 41.18% in 2019, making it the state with the highest increase in voter turnout compared to what held in 2015.

In Zamfara, which has suffered high levels of violence like Borno, there was an increase in the number of registered voters when 2015 is juxtaposed with 2019. However, there is an 18% decrease in voter turnout.

Besides Borno, only Ekiti and Kogi states recorded increase in voter turnout in 2019, when compared to the figures from 2015, although with a difference of 1%. Kano had a decline in the number of voter turnout from the usual over two million votes to 1,964,751 votes.

Data provided by Civic Media Lab showed that voter turnout was markedly low in the South-South and South-East geopolitical zones of the country.

There was also decline in the number of those who voted in the northern states of Kebbi, Taraba, Katsina, Yobe, Nasarawa, Abuja, Niger, Jigawa and Kaduna, with all of them recording reductions of 5% and below in comparison to 2015’s presidential polls.

Ogun State had the lowest percentage of voter turnout in the South-West, with only 25.92% of its registered voters going to the polling booth. Overall, there is an increase in the number of votes cast in the three northern geopolitical zones.

Compared to 2015 when voter turnout stood at 43.65%, according to data figures from the Independent National Electoral Commission (INEC), after final count for the 2019 presidential election, voter turnout was 35.6 per cent of registered voters. 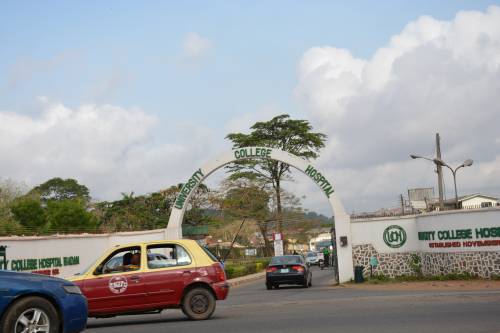 Patient Cries Out: ‘UCH Is The Home Of Mosquitoes’. Hospital Spokesman Asks: ‘How Is That A Crime?’