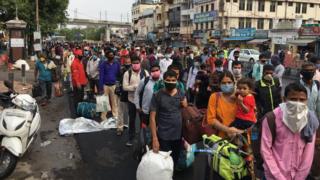 India has partially restored train services amid reports of chaos and overcrowding at some stations.

At least 145,000 people will travel in trains on Monday as the country starts to reopen after a prolonged lockdown.

Two hundred trains will now start operations – up from the existing 30 that are currently running.

But maintaining social distancing and cleanliness is proving to be a difficult task as huge crowds gathered outside some stations.

The ministry of home affairs has issues specific guidelines for the smooth operation of train services. They say that all passengers will have to be screened, social distancing must be followed at the station and in trains and only passengers who have confirmed tickets will be allowed to travel.

But some stations reported chaotic scenes as officials struggled to enforce these guidelines. BBC Telugu reported that people were standing much too close to each other at Secunderabad railway station in the southern state of Telangana.

“Railway staff and police didn’t allow passengers to go inside the station until at least one hour before the scheduled departure, citing physical distancing measures. This led to some chaos outside the railway station as a large number of passengers had gathered and there was no physical distance maintained. Police later arrived and organised the queues,” BBC Telugu’s Sharath Behara says.

Reporting from Delhi, BBC Hindi’s Salman Ravi said strict social distancing was being followed when passengers boarded trains, and all of them wore masks.

“But the same was not observed at ticket booking counters. Many people who did not have tickets also turned up at the station and that caused crowding,” he added.

Train services came to a grinding halt when Prime Minister Narendra Modi announced the lockdown on 24 March to stop the spread of coronavirus.

This left millions of daily-wage workers stranded as they desperately tried to go back to their villages from cities. Many of them decided to walk long distances – in some cases more than 1,000 kilometres.

As pressure and criticism mounted, the government started running special trains to ferry migrants. Some 30 trains restarted on 12 May, since when there has been a consistent demand to reopen more routes.

Getting the train network going again is part of the government’s wider strategy to slowly reopen the economy. Millions have lost jobs and factories are struggling to reopen as demand is likely to be sluggish in the coming weeks.

But serious questions have been raised over the strategy as India’s coronavirus caseload is consistently increasing. Experts say if safety norms are not followed, the situation could quickly become worse. 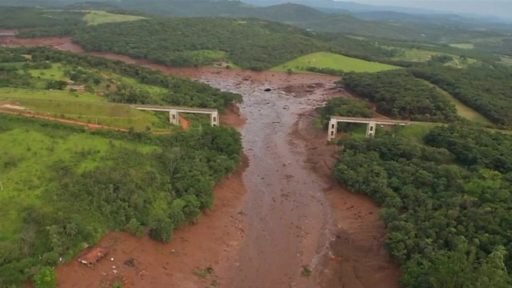 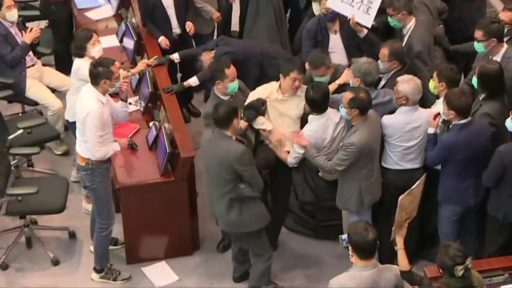 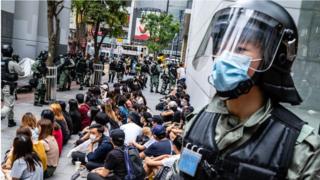 HSBC and StanChart back China security laws for HK