Isn’t it ironic that Fiji Water Girl is now suing Fiji Water for profiting from her appearance at the 2019 Golden Globes.

Court documents obtained by E! News reveal that the star, whose stage name is Kelleth Cuthbert, is suing the brand for ” the unauthorized use of [Fiji Water Girl’s] photograph, likeness and identity.” In plain terms, the model is suing the company for using her image as the focal point of a global marketing campaign, which was inspired by Kelleth’s viral moment on the red carpet of the award show.

According to the documents, the model claims that she never gave Fiji Water authorization to use her photos to create cardboard cutouts of herself. She also claims that she did not “sign away her rights to ‘Fiji Water Girl'” as the beverage brand allegedly tried to get her to do.

Moreover, the model claims that Fiji Water pressured her into signing a “fake document” authorizing the use of her image.

In short, the 31-year-old claims she never agreed to be the face of a worldwide marketing campaign, despite photobombing stars at the 2019 Golden Globes.

Fiji Water has since spoken out about the lawsuit. In a statement to E! News, the company said, “This lawsuit is frivolous and entirely without merit. After the Golden Globes social media moment, we negotiated a generous agreement with Ms. Cuthbert that she blatantly violated. We are confident that we will prevail in Court. Throughout our history, we have had a sterling reputation working with talent.” 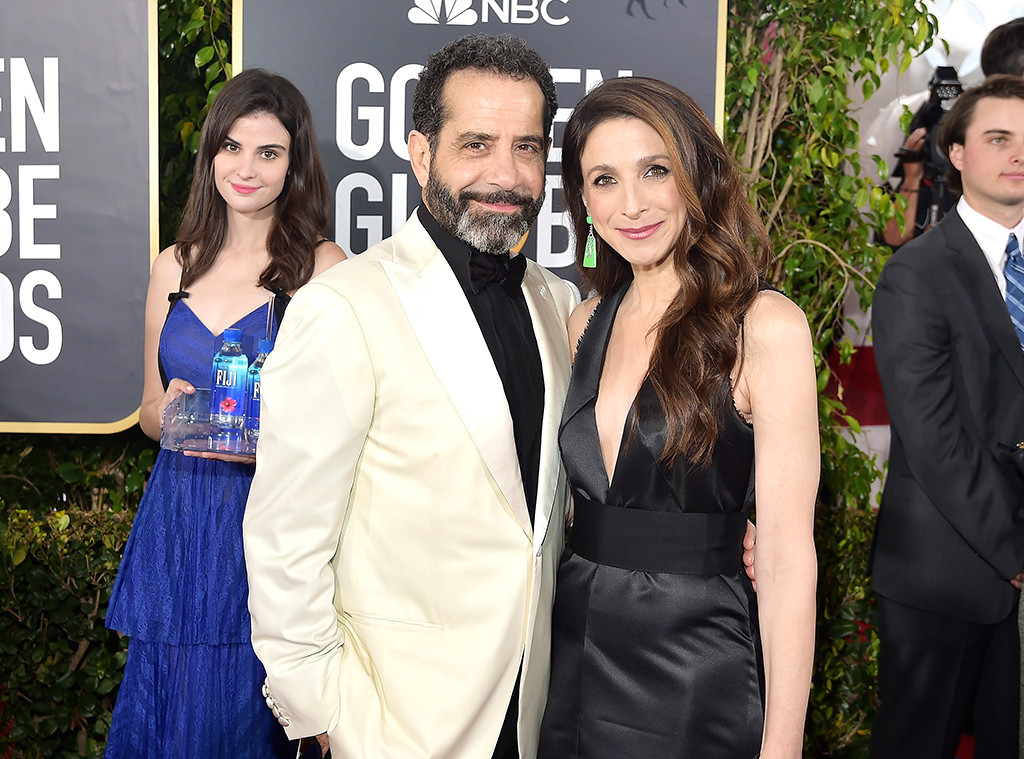 The actress said she “specifically moved away from the blatant” advertising that Cuthbert was a part of. “I knew why there was a photographer poised there and I moved away as I said out loud that I didn’t want to be doing advertising for either,” the Halloween star claimed. “Clearly this angle shows that I moved from her being behind me and yet from the side it still happens.”

Who’s Going to Be the Top Chef: Kentucky Winner?

Why The Queen's Gambit Cast Seems So Familiar