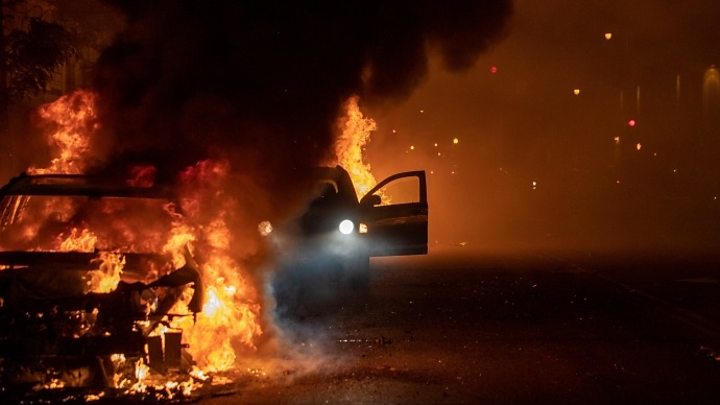 Curfews have been ordered in cities across the US in an attempt to stem the violent clashes between protesters and police over the death of George Floyd.

Widespread demonstrations have taken place, with riot police using tear gas and rubber bullets after their vehicles were set alight in several cities.

President Donald Trump blamed looters and anarchists for the violence.

Mr Floyd, a 46-year-old African American, was killed while in police custody in Minneapolis on Monday.

Former policeman Derek Chauvin, 44 and white, has been charged with his murder and is due to appear in court on Monday.

In footage that went viral online, Mr Chauvin can be seen kneeling on Mr Floyd’s neck for several minutes. Mr Floyd repeatedly says that he is unable to breathe.

Three other officers present at the time have also since been sacked.

What’s the latest on the protests?

Large demonstrations have taken place in at least 30 cities across the US.

Police in Los Angeles fired rubber bullets as they tried to disperse protesters who threw bottles and set fire to their squad cars. Images later showed people standing on police vehicles that had been damaged.

For the second day running, a large crowd converged on the White House in Washington, DC.

In Atlanta, Georgia, where buildings were vandalised on Friday, a state of emergency was declared for some areas to protect people and property.

Thousands of people also marched through the streets of Minneapolis, New York, Miami, Atlanta and Philadelphia.

Overnight curfews have been now been declared in Minneapolis, Atlanta, Los Angeles, Philadelphia, Portland and Louisville – among other cities.

However, protesters in several cities continue to defy the curfews and widespread looting has been taking place.

In Minnesota, hundreds of troops from the National Guard – a reserve military force that can be called on by the US president or state governors to intervene in domestic emergencies – were brought in late on Friday.

What has Trump said?

“I stand before you as a friend and ally to every American seeking peace,” he said in a televised address from Cape Canaveral in Florida, following the launch into orbit of two Nasa astronauts by billionaire Elon Musk’s SpaceX company.

The president denounced the actions of “looters and anarchists”, accusing them of dishonouring the memory of Mr Floyd. What was needed, he said, was “healing not hatred, justice not chaos”.

“I will not allow angry mobs to dominate – won’t happen,” he added.

Mr Trump has blamed the mayor of Minneapolis – a Democrat – for failing to control the protests, which are the worst since he took office.

He said that if the violence was not brought under control, the deployment of the National Guard would do the job.

The president’s Democratic Party rival, Joe Biden, has accused him of giving oxygen to bigotry and said those responsible for Mr Floyd’s death must be held accountable.

What happened to George Floyd?

On Monday night, police received a phone call from a neighbourhood grocery store alleging that George Floyd had paid with a counterfeit $20 note.

Officers responded and were attempting to put him in a police vehicle when he dropped to the ground, telling them he was claustrophobic.

According to police, he physically resisted officers and was handcuffed. Video of the incident does not show how the confrontation started.

With Mr Chauvin’s knee on his neck, Mr Floyd can be heard saying “please, I can’t breathe” and “don’t kill me”.

According to a preliminary autopsy by the county medical examiner, the police officer had his knee on Mr Floyd’s neck for eight minutes and 46 seconds – almost three minutes of which was after Mr Floyd became non-responsive.

Nearly two minutes before Mr Chauvin removed his knee the other officers checked Mr Floyd’s right wrist for a pulse and were unable to find one. He was taken to hospital and pronounced dead around an hour later.

The preliminary autopsy, included in the criminal complaint against Mr Chauvin, did not find evidence of “traumatic asphyxia or strangulation”.

The medical examiner noted Mr Floyd had underlying heart conditions and the combination of these, “potential intoxicants in his system” and being restrained by the officers “likely contributed to his death”.

Mr Chauvin was charged on Friday with third-degree murder and second-degree manslaughter over his role in Mr Floyd’s death.

Mr Floyd’s family and their lawyer, Benjamin Crump, said that this was “welcome but overdue”.

The family said they wanted a more serious, first-degree murder charge as well as the arrest of the three other officers involved.

Hennepin County Prosecutor Mike Freeman said he “anticipates charges” for the other officers but would not offer more details. 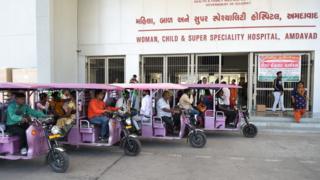 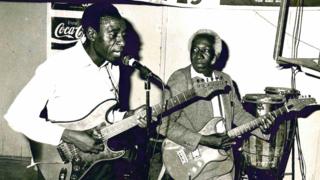 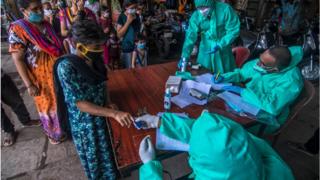