The Kano State Government led by Abdullahi GANDUJE has vowed to take legal action against the Government of Nyesom Wike in Rivers State for the alleged demolition of the Rainbow Town Central Mosque in Trans-Amadi Area, Port Harcourt.

The Chief Press Secretary to GANDUJE, Abba Anwar, in a statement described the incident as a sad story and promised to take all necessary lawful action against the Rivers State Government.

The threat comes barely 24 hours after a former Governor of Kano State, Ibrahim Shekerau, lambasted Wike for the demolition of the mosque, describing it as unacceptable.

Kano State is one of the 12 states in northern Nigeria practising Sharia Law.

In the statement on Saturday, GANDUJE said the mosque demolition in Rivers as “shocking and promised that necessary lawful action must be taken over the happening. ”

According to the statement, GANDUJE would institute “legal action against this demolition of the Mosque as well contest it with appropriate authorities for redress”

It read further, “We received this information with high degree of shock. And I am assuring the general public that, all necessary action against this demolition will be taken through appropriate authorities.”

He, therefore, called on the public to remain calm and peaceful, as they were enjoined to and go about their normal businesses.

It stated further, “As government, we have started touching appropriate quarters against the demolition. Kano State is known for peaceful coexistence between Muslims and Christians, we should, therefore, improve on that and remain calm and peaceful. People should live peacefully with one another.”

The reported demolition was said to have caused a major controversy because Wike had claimed two months ago at a crusade organised by a church in Port Harcourt that Rivers State was a Christian state.

“I repeat once again without apologies, Rivers is a Christian state. That is why nobody can touch us. When it mattered most, the Christian community prayed and God heard your prayers”, Wike had said.

On August 20, the government subsequently demolished some structures deemed illegal including a mosque.

In his reaction, however, Wike described the issue as unfortunate.

He said the report is false and was planted by mischief makers to create disaffection.

Addressing journalists at the location of the said mosque on Monday, Governor Wike said there was no Mosque hence nothing was demolished.

He said, “I received calls from several prominent Nigerians on the news being circulated online.

“It is most unfortunate that fickle-minded persons will claim that a mosque was demolished at this place, when no mosque existed here. The story was concocted by mischief makers to score cheap points.

“The Rivers State Government won the case. What they attempted to do was to start the illegal construction to tie the hands of the state government.”

AKINLADE raised an alarm over a fake Instagram handle 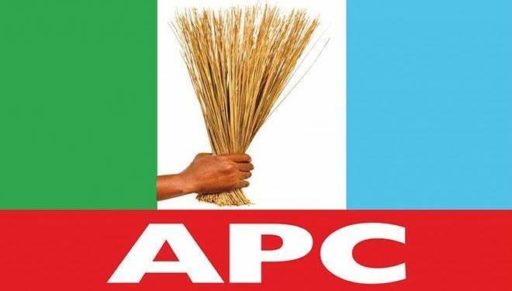 APC – Buhari should withdraw the renomination of Mr Geoffrey Onyeama as a minister. Why?