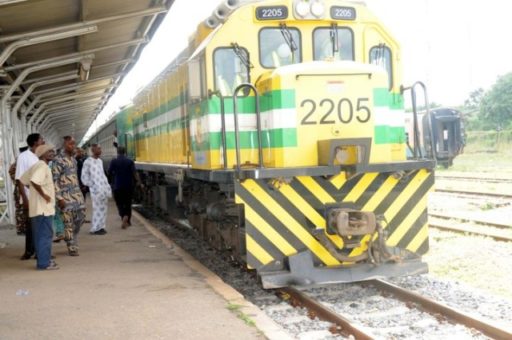 The Minister of Transportation, Mr. Rotimi Amaechi, also known as the former governor of rivers state on Monday said Federal Government has secured $7. 5 billion loan for the construction of standard rail gauge from Lagos to Kano.

Amaechi stated this during the North Central Town Hall meeting ‎held in Ilorin for the people of Kogi, Niger and Kwara States, the News Agency of Nigeria (NAN) reports.

The minister said the loan was secured from a Chinese bank and the ministry is waiting for  the National Assembly approval to access the loan.

He said $1. 4 billion was for the construction of the rail gauge from Lagos to Ibadan, while $6. 1 billion would be used on Ibadan–Ilorin–Minna-Kaduna– Kano line.

The minister added that Kaura Namoda–Funtua rail line would be revived.

He urged Nigerians to impress it on the National Assembly to approve the loan for work on the project to commence.

He added that the central rail project from Itakpe to Warri would be completed before the end of 2017, while narrow gauge line from Ilorin–Minna would also commence during the year.

Amaechi said plans were underway to connect Abuja to other parts of the country through the central line at Warri, while the Jos Inland Port would be completed in June this year.