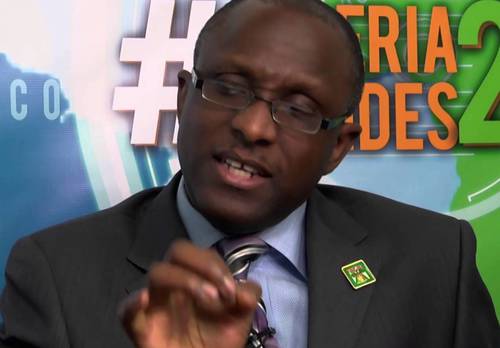 In this past three and a half years of the Buhari presidency, one, thankfully, has learnt, experienced and been part of quite a number of things. One of those things is the amount of dedication, the depth of patriotic zeal and sheer hard-work that is going on in this administration.

I know the President’s determination to end grand corruption, not only by hisexemplary personal example, but by insisting on the proper processes and by empowering institutions. I know the level of intellectual exertions and sheer human rigour that the Vice President daily brings to his work. Even most, if not all Nigerians and close watchers of Nigerian events, have settled on the notion that not only are both gentlemen, honest people of integrity, but that they are also truly united in taking Nigeria to where this country truly belongs. We have seen the direction of the Change promised, it is a right direction, and direction is destiny.

Today, in the early days of a new year in which elections are due in a matter of weeks, there is simply no match for this team, be it in vision or political probability and other forms of readiness to take Nigeria forward. The choice can’t be more stark: between Buhari and Osinbajo on the one hand and Atiku and Obi on the other. Whichever way you dice it, this is a black and white, open and close case.

So, we have an opposition that is led by a politician that represents the failure of the past, backed by a running mate who seem determined to simply bamboozle the Nigerian people with any imaginable talking point regardless of veracity, who himself have openly conceded to being part of the problem.

Let us start from there. Former Governor Peter Obi concedes in a Channels TV video of August 2018 (which has actually gone viral) that he was part of the decision not to save for the rainy day; his own admission before he joined this race. His principal, former Vice President Abubakar Atiku admitted that he was in charge when the electricity power reforms were being bungled and, by his own admission, money simply went down the drain while he was VP and similarly in all the other PDP presidencies that followed. So, we have about $16B thrown out the window by the opposition and their flag-bearer indeed owned up to that confounding profligacy,  and incredible acts of corruption, waste and mismanagement.

Just so we don’t leave matters to conjecture, or hearsay, here are the words of the former VP in a May 25, 2014 Channels TV interview: “We collected money from local governments, States and others. Five sets of contracts were given. Some contractors were paid 100%. We left, nothing was achieved. Then President Yar’Adua came, he also made available money and it went down the drain. President Jonathan came, he also made money available and it went down the drain.”

Now add to that, the matter of grand corruption. If you are in my job environment in the media and communication arena, you could even think this matter has been over-flogged. We have been told by some that we should stop talking about it and rather focus on what we have succeeded in achieving.

Yes, we have succeeded in relaunching a massive infrastructural era in the history of this country, spending an unprecedented N2.7 Trillion in two budget cycles on capital expenditure, even when our revenues are at times 60% lower than previous administration. And we have the projects in practically every State and geopolitical zone. Yes, it is true that the World Bank endorsed the economic direction of the administration when it ranked Nigeria among the top ten reforming economies in 2017, the same year we moved up 24 places in the bank’s global Ease of Doing Business ranking.

Yes, we have put in place an Anchor Borrowers Programme for farmers, where close to 800,000 farmers have benefited from soft loans to help in the agricultural diversification of the economy. This explains in good part what The Punch Newspaper editorial of December 31, 2018 described as “Nigeria’s Rice Revolution,” praising the quest for self- sufficiency.

Yes, we have been paying pensioners (in different public sectors) their claims that had backlogged for years and which were not paid when oil was selling at over $100. Yes, we have hired half a million otherwise unemployed graduates across the country and are feeding about 9.3m primary school pupils in 26 States one freenutritious meal a day.

Yes, almost 2 million petty traders are collecting a N10,000 initial loan – a collateral and interest free micro-credit scheme called TraderMoni – to support their bottom of the ladder trading; traders who otherwise have no access to any form of credit. This is besides MarketMoni, where traders and artisans are getting between N50,000 to as much as N300,000 soft loans to enlarge their business. We have done about 400,000 of such loans. And yes, we have a Conditional Cash Transfer of N5,000 monthly to the poorest and most vulnerable among us, with almost 300,000 Nigerians benefiting, although we are targeting one million.

Now, the point is we were able do all these even when we are earning less, at times 60% less, simply because President Buhari has ended grand corruption! So, there is no such thing as ‘stop talking about grand corruption.’ My Principal has in fact come under some orchestrated media onslaught on account of the anti- grand corruption narratives. But we have to talk about it! We should not and would not relent because honest leadership is very central today for Nigeria’s leadership.

Nigerians are now comparing those highlights with the opposition party’s 16 years of grand corruption, lies and visionlessness. Certainly, the people are wiser and will not be given to the comprehensive display of grand deceit that is now hallmarking the campaign of the other party.

Besides, how can you set aside the several instances – at home and abroad – of settled facts regarding corrupt PDP leaders including its current presidential flag-bearer? In many of such cases these are open secret and the prosecution of these cases would certainly have to be taken to their logical conclusions sooner or later, both at home and abroad.

One example that readily comes to mind is the February 2010 report of the US Senate Permanent Investigations Subcommittee that implicated the PDP flagbearer. This is what the Chairman of that committee, Senator Carl Levin, had to say then:

“Our third case history examines Jennifer Douglas, a U.S. citizen and a wife of Atiku Abubakar, former Vice President and former presidential candidate in Nigeria. From 2000 to 2008, she helped her husband bring more than $40 million in suspect money into the United States through wire transfers from offshore corporations. Ms. Douglas is alleged in a 2008 civil complaint filed by the Securities and Exchange Commission to have received $2.8 million in bribe payments from a German conglomerate, Siemens AG. Siemens has pleaded guilty to criminal charges and settled civil charges related to the Foreign Corrupt Practices Act, and told the Subcommittee that it sent payments to her account at Citibank. The Subcommittee located three wire transfers, substantiating $1.7 million in payments from Siemens to Ms. Douglas in 2001 and 2002. Of the $40 million, the Subcommittee traced nearly $25 million in offshore wire transfers into U.S. accounts controlled by Ms. Douglas, provided primarily by three offshore corporations called LetsGo, Sima Holdings, and Guernsey Trust Company.”

Continuing, the report added that, “Ms Douglas indicated that all of the funds came from her husband and professed little familiarity with the offshore corporations actually sending her the money. In addition, two of the offshore corporations wire transferred about $14 million over five years to American University in Washington DC to pay for consulting services related to the development of a Nigerian university founded by Mr. Abubakar.”

According to Levin in that report, this kind of corruption “is a cancer that corrodes the rule of law, undermines economic development and eats away at the fabric of civil society. Corruption can destabilize communities, and lead to failed states, lawlessness and terrorism.” In fact, the accomplices in some of the criminal cases that developed out of this are cooling their heels in jails, including a former US Congressman. Whoever thinks Nigerians will fall for the grand scale deceit that attempts to ignore this reality will learn a telling lesson next month!

Which is why I am confident that there is no way Nigeria is going backwards. It just won’t happen. The days of politics and governance based on outrightly raw personal aggrandizement have not quite disappeared, but you bet those days are now numbered.

Nigerians are now paying attention to the undeniable fact that a federal administration which earned less resources in a little over three years has more to show for it than all previous administrations in the 16 years before it, including several years when oil was selling in the international market for over $100.

Let me conclude on a slightly personal note. I believe with all my heart that President Buhari & Vice President Osinbajo are on a restoration mission and it is divine.  There are many like me who had prayed and hoped for a dutiful government that will reform the Federal Government. The truth is: that prayer has been answered. And while there is still so much left to be done, we as a people must ensure that we stay the course and give our nation a true opportunity to fulfill what I believe is a manifest destiny already. What use is their in going back to Egypt?

Seun Kuti: Your Children Aren’t In School But You’re Attending Political Rally. Are You Mad? 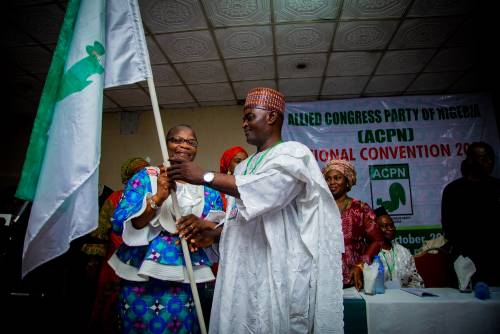 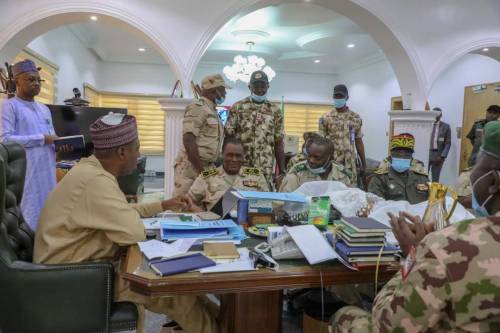