For many years, Dana Air, a domestic airline operator in Nigeria, raised millions of naira through in-flight donations to Sri Sai Vandana Foundation, an illegal organisation that was not registered until October last year after the ICIR started its investigations into the airline’s charity business.

About halfway through the Lagos-Abuja Dana Air flight, after serving snacks and beverage, a plea comes for passengers to donate to charity and a member of the cabin crew thereafter goes through the aisle, handing down envelopes to passengers who indicate interest.

On one side of the envelope is a superimposed picture of four kids, one has stunted hair growth, another has bulging eyes and all four of them show signs of deprivation with a bold print that pleads with the passenger, “Please give to change my life”. The other side of the envelope shows evidence of what the donation achieves – pictures of children with disability being catered for in an orphanage, plus a detailed explanation about the organisation that receives the donation and its charitable activities.

The passengers’ donation goes to Sri Sai Vandana Foundation, which claims to be a charitable trust founded in 1995 in Nigeria through which the Dana group of companies fulfils its corporate social responsibility. But when The ICIR started investigating the utilisation of the inflight donation, it discovered that the foundation was not registered with Corporate Affairs Commission (CAC), a fundamental requirement for running a Non-Governmental Organisation (NGO) in Nigeria.

All registered NGOs in the country are required to file annual returns to CAC, thus serving as monitoring and regulatory mechanism. Apart from the CAC registration, NGOs in the country are also obliged to get certification from the Special Control Unit Against Money Laundering (SCUMUL), a unit of the Ministry and Trade and Investment that works closely with the Economic and Financial Crimes Commission (EFCC).

The Dana Group declined to respond but two months later, specifically on October 19, Sri Sai Vandana Foundation was registered with CAC. That was after many years of its illegal operation in the country and unlawfully receiving donations from Nigerians.

The inflight envelope donation was initiated on Dana Air in 2009, about a year after the airline commenced operation in Nigeria. Investigations show that it was the idea of Sickle Cell Foundation Nigeria, carried over from the defunct Bellview Airline.

“We introduced that scheme [inflight envelope donation] in Nigeria,” Ebenezer Adeleye, programme coordinator of Sickle Cell Foundation Nigeria, told The ICIR last week in his office in Lagos. “We started with the defunct Bellview. It was when Bellview folded up that Dana took it up but apparently they saw it as some sort of lucrative thing. They edged us out and started their own.”

When Dana Air resumed full commercial flight operation in January 2014, the Dana Group had decided to discontinue the partnership with the Sickle Cell Foundation Nigeria and printed its own inflight envelope donation to raise money for a foundation.

“By the time we asked if they still wanted to do that [the partnership] they said no,” Adeleye said. “Actually, people on that flight told us that ‘they are seeing envelopes on Dana Air but it is no longer Sickle Cell Foundation envelopes.’”

Adeleye disclosed that about N18 million was raised from the inflight donation for nearly two and a half years period that the partnership lasted. Then, the Sickle Cell Foundation printed and branded the envelopes with key messages on sickle cell, a genetic disease that has more people living with it in Nigeria than anywhere else in the world.

Adeleye explained that the partnership with Dana Air then was transparent. The Sickle Cell Foundation’s staffers would jointly remove the donated money from the envelopes with Dana staffers. The money would be jointly counted, recorded in a logbook and deposited into the foundation’s account.

“We are proud to say that all the monies to build this centre were from Nigerians, not a kobo from outside,” Adeleye said, adding that if the partnership with Dana Air had continued, the foundation could have achieved more.

The Sickle Cell Foundation Nigeria has its impressive Sickle Cell Centre opposite the University of Lagos Teaching Hospital and runs dedicated sickle cell clinics in four states. The centre has a laboratory that runs prenatal screening for sickle cell. “Those are some of the things such money [donation] should be doing,” Adeleye said. “We are just filing gap that the government is found wanting.”

At the time of the launch of the inflight envelope donation, Ramesh Hathiramani, chairman of Dana Group, said the collaboration was to raise money for the Sickle Cell Centre. “We believe that the contributions of our passengers will go a long way towards funding some of the projects of the Centre and ensuring that all persons affected by the disorder can live normal pain-free lives,” he said.

The ICIR obtained three different envelopes that the foundation has used to solicit money from Dana Air passengers since it started its own charity scheme. The ICIR could not establish the year each of the envelopes was printed. Nevertheless, the changes in the envelopes contain invaluable information.

The first envelope did not have an account number and phone number. It simply refers passengers to  “further donation by cheque can be addressed to our office”.  The envelope also has a picture of a group of children with special needs. Underneath the picture is “some of our staff with the underprivileged children at Sai Orphanage-Ajah, Lagos.” The ICIR could not trace the location of this orphanage and could not find it in the list of registered orphanages in Lagos.

The envelope was later replaced by another one, which contains a phone number for further enquiries and an account number at Wema Bank with the name of the foundation. However, a reference to Sai Orphanage is missing in this second envelope.

Meanwhile, providing an account number raises a fresh question. How can an entity that is not registered to operate in the country open a bank account? For NGO to open an account with any bank, it has to provide evidence of legal registration with the CAC. For a few years now, banks have also requested for SCUML certification for NGOs before they can open bank accounts.

The ICIR sent enquiries to Wema Bank to explain how the bank opened an account for a non-profit organisation that was not registered with the CAC then. Both Funmi Falola, the bank’s head of Brand and Marketing Communications and Tunde Mabawonku, the bank’s Chief Finance Officer, declined to respond.

When The ICIR reporter met Falola at the bank’s headquarters in Marina, Lagos, she confirmed that she received The ICIR’s enquiries but she ignored them because she did not have a response. “Yes, I received the SMS but I still do not have a response,” she said.

The ICIR discovered that Ramesh Hathiramani, chairman of Dana Group, is a director in Wema Bank, with substantial shareholding.

The current envelope which is the third in its development adds a misleading email address that enquiries can be sent to. The email address is [email protected] But Sathya Sai is an international non-denominational voluntary organisation, founded by a spiritual teacher, Sathya Sai Baba. It originated from India and has branches in many countries, including Nigeria. The ICIR discovered that Ramesh Hathiramani, chairman of Dana Group, is the chair of Zone 9A (Africa) Sathya Sai International Organisation.

The ICIR asked the Dana Group to account for the inflight donation from Dana Air passengers since July 2018, but the request had been ignored until recently.

Okwudili Ezenwa, Media and Communications manager at Dana Air told The ICIR that the questions about the expenditure of the inflight donation would take a long time to respond to. He, however, agreed to meet the reporter at Dana House in Isolo, Lagos to talk about some of the questions raised by The ICIR. But two days to the appointment, Ezenwa called on phone to say that he had to travel and would not be available for the interview again.

The ICIR had asked Ezenwa to send the annual reports of the Sri Sai Vandana Foundation, even if other requests would take the foundation longer time to respond to. Although he agreed to attend to the request, The ICIR has not received any official response from the Dana Group and its foundation.

After Ezenwa cancelled the appointment, The ICIR reporter still went to Dana House to see the coordinator of the foundation but was turned away at the gate after the security officer called someone to ask for permission.

The reporter had earlier called the phone number on the inflight envelope donation which was answered by a man with a thick Indian accent who identified himself as Kumar and the coordinator of the foundation. Kumar had promised to get back to the reporter with the requested information but he never did. The phone number is registered in the name of Rahul Patil, former deputy IT manager at the Dana Group who has returned to Mumbai, India since 2016.

The ICIR reached out to Tony Usidamen who was the head of Corporate Communications and Corporate Social Responsibility at the Dana Group during the time that the inflight envelope donation was launched in 2009, but he declined to talk about the inflight donation.  “I believe a serving official would be in a better position to answer any questions you might have,” Usidamen insisted.

The Dana Group has diversified trading and shipping businesses, as well as interests in pharmaceutical, food and beverage, plastics and auto industries, among others. The conglomerate which is family-owned was founded by its current chairman, Ramesh Hathiramani. He is an Indian, born in West Africa in 1950, according to the Dana Group. 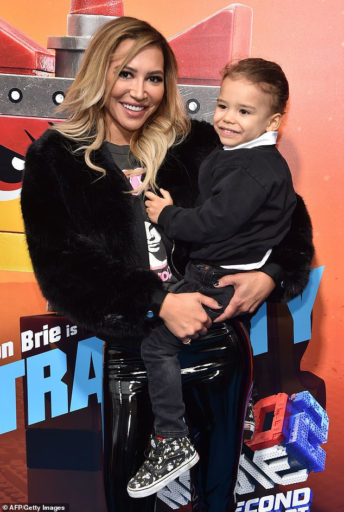 Glee actress, Naya Rivera is missing and presumed dead after her 4-year-old son is found alone on a boat 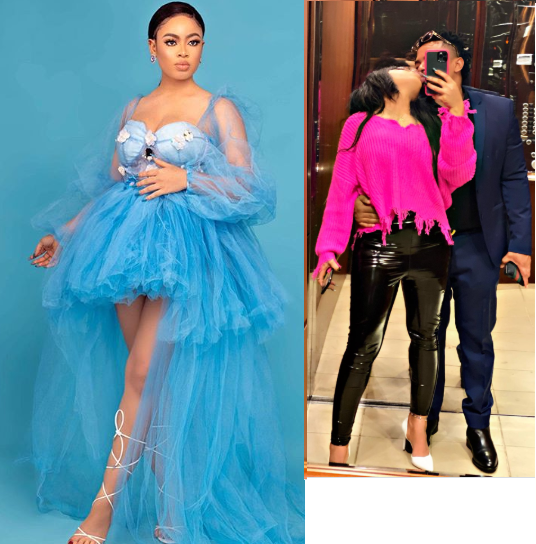 ‘My addiction is you’ – Reality star, Nina’s husband pens her a sweet note on her 24th birthday 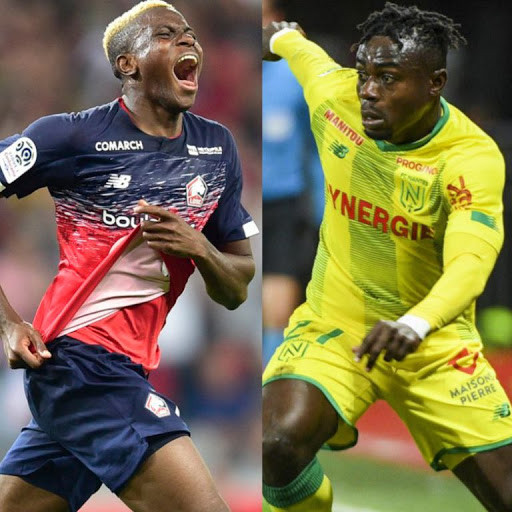