EXCLUSIVE: Atiku Relying On Body Cameras From His Agents To Beat Buhari In Court

Atiku Abubakar, candidate of the Peoples Democratic Party (PDP) in the 2019 presidential election, is confident of victory when he formally institutes an election petition case against President Muhammadu Buhari and the All Progressives Congress (APC), and SaharaReporters understands one major reason for this is the wide-ranging availability of video evidence to back up his claims of non-voting, voter intimidation, ballot box snatching and destruction, illegal vote cancellation and deliberate voter disenfranchisement.

Professor Mahmood Yakubu, Chairman of the Independent National Electoral Commission (INEC), declared Buhari the winner of the election at exactly 4:39am after polling APC 15,191,847 votes to Atiku’s 11,262,978.

However, Atiku has already rejected the result, alleging, among others, the suppression of votes in his strongholds — an action he described as “so apparent and amateurish” and one that makes him “ashamed as a Nigerian that such could be allowed to happen”.

He consequently rejected “the result of the February 23, 2019 sham election” and vowed to challenge it in court.

“We’re going to court; that’s the major thing we can do now except we’re looking towards chaos, and nobody wants chaos,” one of his associates, who requested not to be named, told SaharaReporters.

“And again, there’s a lot wrong with the election figures. Cancelled votes in Kano were over 2million; then the difference between accredited voters and actual voters is over 700,000 there as well, which shows there are a lot of discrepancies in the figures. We are still working with some of the documents, and I know that for like three days they’ve been gathering more and more.”

He also said a lot of the claims being made by Atiku and the PDP were backed up by video tapings, as the party prepared in advance for the rigging by sending agents with hidden cameras to the field.

“There are a lot of videos, of course, because there were body cameras on some of the agents that went to the polling units and ward collation centres,” he said.

“Those ones will be tendered as evidence; and there are some other ones I won’t want you to be privy to for now.

“Atiku has set forth to go to the Supreme Court, so he is not even thinking of the tribunal. Of course we’ll start with the tribunal but we know that once the tribunal gives a judgement, the President will definitely appeal against it if the judgement is against him. The game plan Atiku has given us is for the Supreme Court. He is going all out; he is going totally for it. Atiku is not someone that will start something and will stop halfway without seeing it off till the very end. He’s going all out.”

In furtherance to his earlier rejection of the result, Atiku is set to address a press conference any moment from now.

Every Wild Allegation From the NXIVM ‘Sex Cult’ Trial 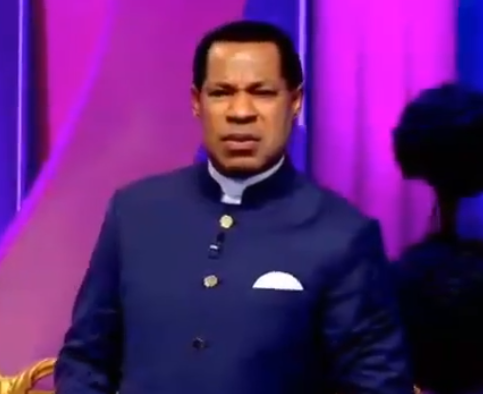 Comoros Thanks Madagascar For Supply Of COVID-19 Remedy