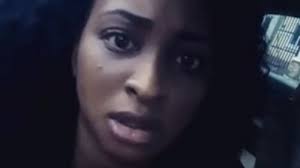 Nollywood actress, Etinosa Idemudia shared her views on some Bible passages via an Instalive video as she smoked and used the bible as her ashtray. Etinosa Idemudia is a Nigerian actress, a social media influencer, film maker and internet celebrity. She is best known for her online comedy skits which she began producing and sharing, first on her instagram channel featuring various Nollywood actors including Daniel K Daniel. She is also known for her break-out role as Amanda in the sitcom Chairman and her first feature film production The Washerman, which after the release of its trailer, experienced massive anticipation from her fans. On 16 March 2019, Etinosa appeared nude on MC Galaxy’s live video which sparked lots of controversies against her.

The actress who described Proverbs 22:6 which reads “train up a child when he is young and when he is old he will not depart from it” as a scam, stated that no one should blame her mother as she is still departing even though she was trained and retrained.

Etinosa who disclosed that things have not been adding up lately, further stated that she is quite conflicted at the moment.

Read also : Tonto took up a masculine identity as she looked back on her journey

Read her posts below; 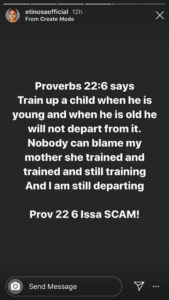 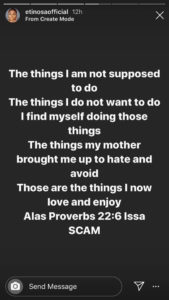 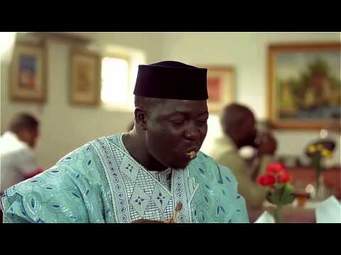 SEYI LAW states that his jokes are not to dignify rape 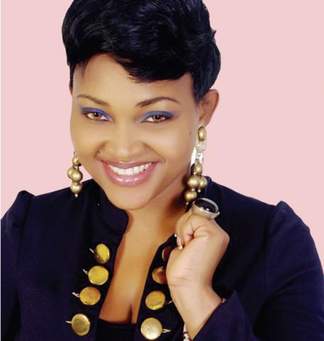 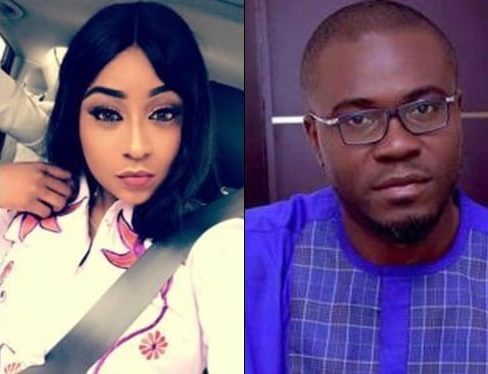