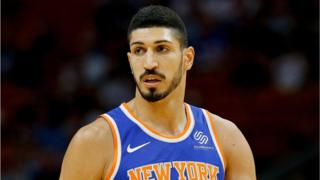 NBA star Enes Kanter should be looking forward to coming to play basketball in London next week.

Instead, he says he’ll be staying in the USA – for fear of assassination in the UK.

The 26-year-old New York Knicks centre explained to Radio 1 Newsbeat why he’s cancelled his appearance at the O2 arena on 17 January.

“The Turkish government is obsessed with me,” he said over the phone from his New York base.

“I speak out against [President] Erdogan, and so I don’t feel safe.

“It’s sad as I love Harry Potter, and wanted to come see all of London so badly, but I can’t take the risk.”

As things stand, Kanter’s Knicks team will go ahead and play their regular season game against the Washington Wizards without him.

Their game in London is part of an NBA strategy to bring the sport to the world – but ironically it can’t bring one of the world’s best players.

Kanter is an outspoken critic of the President of his native Turkey, Recep Tayyp Erdogan.

The sportsman has referred to the politician as “the Hitler of our century”.

“I’m not saying that Erdogan’s going to do an operation [against me] in London but it’s more there are lots of crazy supporters of his.

“You can say that I’m paranoid but I don’t want to take the risk.

“My team’s security said to me ‘If you go, you can’t leave your room or do any activities for the time you’re in London’.

“I’m getting more death threats, hundreds in the last few days. But I won’t stop being outspoken I want the whole world to know what’s going on in Turkey.

Kanter is caught up in a Turkish political conflict which has spread beyond his home country’s borders.

President Erdogan has accused Fethullah Gülen, a US-based Turkish cleric, of masterminding a failed 2016 military coup against him. Mr Gülen denies the charge.

Kanter, who was educated at one of Mr Gülen’s network of schools in Turkey, has taken the cleric’s side.

The basketball player regularly visits Mr Gülen at the cleric’s home in Pennsylvania.

In 2017, the sportsman’s father Mehmet was arrested in Turkey and charged with membership of a terrorist group.

Kanter suspects this was in order to put pressure on him.

“It’s very sad,” he said. “I haven’t talked to my parents for a long time. I tried bringing them here but the Turkish government wouldn’t let them.”

In 2017, the Turkish government cancelled Kanter’s passport, forcing him to cut short a planned trip to Romania and return to the US, where he is a permanent resident and due to get citizenship in two years.

Mike Bass, a spokesman for the NBA, told the BBC: “The NBA has played hundreds of games outside of the US and this is a very unique and unprecedented situation.”

The New York Knicks say Kanter’s decision not to travel to London is based on visa issues, not security.

But Kanter is emphatic.

“It’s not a visa issue. They [the Knicks] are not going to come out and say ‘Enes Kanter may get killed’ – they just want to say visa issues so there is no negative energy on my team mates.

“I genuinely am worried about my safety and so are my [security] team. It’d be helpful I guess if the Knicks came out and said it.”

The Knicks haven’t respond to Kanter’s denials that this isn’t related to documentation.

The UK’s Home Office says that it won’t comment on individual cases.

But Kanter urges the authorities in the UK to make a clear promise to protect him.

“If I hear any reassurance from the British government, maybe I’ll talk to my team again.” 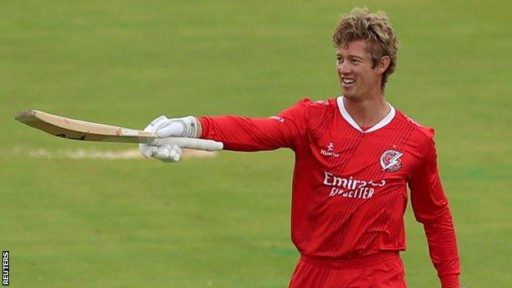 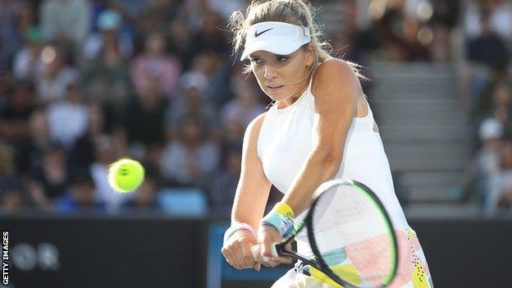 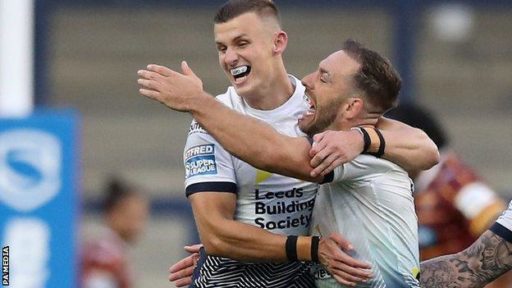