Human rights lawyer Femi Falana (SAN) has urged Nigerians to address the issues that led to the postponement of the presidential election, rather than calling for the resignation of the Independent National Electorla Commission (INEC) Chairman, Professor Mahmood Yakubu.

Speaking on Sunday after INEC announced the postponement, Falana said there is no legal basis for shifting elections in Nigeria on grounds of logistical and operational inadequacies.

“Postponement of elections for logistical and operational reasons cannot be justified under the electoral law applicable in Nigeria,” he said.

“Since the country is not a Banana Republic, the law never envisaged a situation whereby elections would be shifted on account of inadequate preparations by the electoral management body. Hence by virtue of Section 26 of the Electoral Act an election can only be postponed if a serious breach of peace or violence is likely to occur or on account of natural disaster or other emergencies.

“To prevent any abuse of power the reasons for postponement must be cogent and verifiable. Furthermore, Section 105 of the Constitution of Nigeria provides that if the federation is at war in which the territory of the country is physically involved and the President considers that it is not practicable to elections the National Assembly may pass a resolution to postpone the election. And such postponement shall not be more than six months at any one time. Therefore, I can say, without any fear of contradiction, that there is no legal basis for shifting elections in Nigeria on grounds of logistical and operational inadequacies.

“But since the country is administered in an atmosphere of impunity, illegal postponement of elections has become an integral part of the electoral system. In 2007, the voting materials printed in South Africa by the Independent National Electoral Commission arrived late in many parts of the country. The presidential election was April 14 but the bulk of the election materials arrived the country from South Africa on April 21. In fact, in some states, the election materials arrived after the conclusion of the general election. Consequently, many voters were disenfrachised.

“In the appeal arising from the petition filed against the controversial election of President Umaru Yar’Adua by General Buhari the Supreme Court of Nigeria almost annulled the charade as the ballot papers were not marked and serialised. In 2011, voting had actually commenced in many parts of the country before the general election was cancelled at about 11 am and then postponed for two days due to logistical problems encountered by the Independent National Electoral Election. The 2015 general election was also shifted due to the pressure mounted on INEC by the Jonathan administration when it claimed that it needed six weeks to fight the insurgents who had illegally seized and occupied 14 local governments in Borno State. In the early hours of today, the Independent National Electoral Commission took the nation by surprise when it announced the postponement of the 2019 general election for one week.

“Since we operate in an atmosphere of impunity INEC officials will neither be sanctioned nor surcharged for the huge financial loss suffered by political parties, candidates, voters, election observers and monitors in the past. Hence, the postponement was so casual that INEC did not even deem it fit to apologise to the Nigerian people who have been so scandalised and embarrassed by the shameful development.

“We are dealing with a systemic crisis of monumental dimension fueled by incompetence and impunity. It is a disgraceful system which allows late arrival of election materials from foreign countries where they are printed and imported into the country three days to the election and then delivered in all the states of the federation on the eve of elections.”

Falana also said the postponement will not significantly affect the outcome of the election, as voters appear to have made up their minds with respect to the candidates of their choice.

“But the political parties that have no access to funds will certainly find it difficult to mobilise party officials and agents to cover the rescheduled elections,” he said.

“It is also clear that candidates with limited financial capacity cannot afford to campaign during the extra period of seven days while many of the voters who have no interests at stake have been frustrated from participating in the democratic exercise. But going by our recent experience, shifting of elections has not helped candidates who had cheap access to public funds.

“You would recall that the candidate who took advantage of the six-week postponement to distribute huge funds including tonnes of dollars lost the 2015 presidential election. I can say, without any fear of contradiction, that there is no legal basis for shifting elections in Nigeria on grounds of logistical and operational inadequacies.”

On calls for the INEC chairman’s resignation, he said: “The resignation of the INEC Chairman will not solve the problem. We are dealing with a systemic crisis of monumental dimension fueled by incompetence and impunity.

“It is a disgraceful system which allows late arrival of election materials from foreign countries where they are printed and imported into the country three days to the election and then delivered in all the states of the federation on the eve of elections.

“If WAEC papers, JAMB papers and other examination papers are printed in Nigeria what is so special or sensitive about ballot papers that they cannot be printed locally. For goodness sake, why should INEC fly materials to the states 24 hours before elections? Since our elections are held between January and February in the election year, has it not occurred to INEC that planes may not be able to land and deliver election materials because of the harmattan?

“Why should INEC officials, ad hoc staff and security personnel be deployed to election venues a few hours to the commencement of voting in all the 36 states of the federation? In this age of technology why is it impossible for voters to cast their voters where they reside? Why is the country shut down on election days? Why are all the four elections not held on the same day? These are issues to address instead of calling for the resignation of the INEC Chairman.” 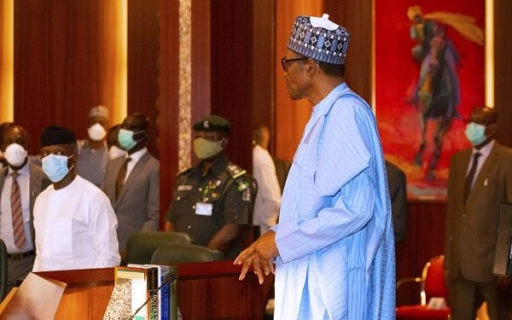 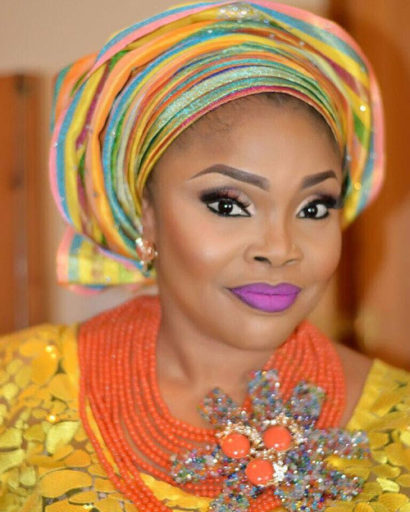 ‘There is a thin line between life and death’ 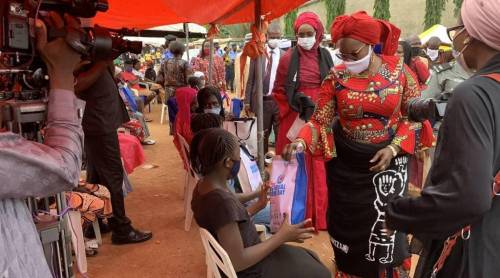