On Tuesday, the 38-year-old Magic Mike and 21 Jump Street actor and 30-year-old British singer were photographed packing on the PDA just outside her house in Los Angeles on Tuesday. An eyewitness told E! News that the singer left town on Wednesday night and had a limo pick her up.

“Channing helped her with her luggage and walked her out to the car,” the eyewitness said. “As they said goodbye, he hugged her and pulled her in a close. Then he gave her a quick kiss and whispered something in her ear. They both were smiling and lingered like they didn’t want to have to say goodbye. He handed her her camera as she got in the car and she drove off with a smile.”

Another eyewitness said, “He was helping load her suitcases into the car and they talked for a little while and they were hugging and Jessie kissed his cheek. They were close and spent a few minutes saying their goodbyes. It was a sweet exchange, they seem really close and comfortable with one another.”

The first eyewitness told E! News that “Channing has been spending a lot of time at Jessie’s house.”

“He seems very comfortable there,” they continued. “He doesn’t go back to his house all that often and they are spending a lot of time together.”

EXCLUSIVE: Obasanjo, Sanusi Among Those Who Convinced Ezekwesili To Step Down 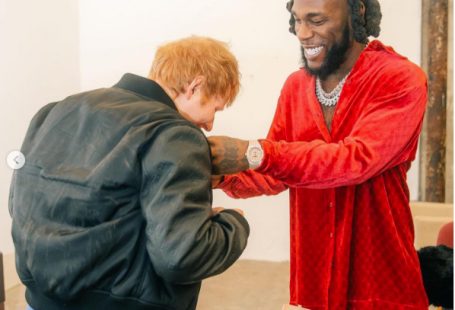