Brighton wing-back Solly March said his side were the victims of the Premier League’s latest “random decision” as a video assistant referee-awarded penalty consigned them to defeat against Southampton.

The Seagulls looked on course for a point until March was penalised for a late foul on Southampton full-back Kyle Walker-Peters.

The Saints player’s momentum from the challenge outside the penalty area carried him forward as the players tangled and tumbled into the box. Referee David Coote initially awarded the visitors a free-kick but despite multiple camera angles appearing inconclusive his decision was overturned – allowing Danny Ings to score from the spot.

In a statement the Professional Game Match Officials Limited (PGMOL) said the referee review area was not used in this case as it was a “factual decision”.

However, Seagulls boss Graham Potter played the incident down in his post-match comments and Southampton manager Ralph Hasenhuttl said the match officials had made a “relatively clear” decision.

Brighton had impressed in the early stages of an entertaining contest and deservedly went ahead when Pascal Gross converted a penalty after a handball from Saints captain James Ward-Prowse.

Ward-Prowse made amends with a pinpoint delivery from a corner that saw Jannik Vestergaard equalise with a powerful header into the top-left corner.

Ings, returning after a month out with a knee injury and on as half-time substitute, completed Southampton’s comeback to lift them up to fifth in the table. Brighton stay 16th.

While Hasenhuttl is an accomplished pianist and has reportedly performed in front of his players, he will have been frustrated by the off-tune showing he saw from them during the first period.

Brighton’s high pressing saw Saints cough up possession cheaply on the edge of their own penalty area on several occasions.

And as they struggled to play out from the back there was a noticeable absence of rhythm to their play.

When Danish defender Vestergaard levelled the scores, he did so with Southampton’s first effort on target in the game.

However, the half-time introduction of Ings, on for Moussa Djenepo, galvanised the visitors and added some sparkle to their attacking play.

His ball juggling skills and quick thinking also provided fellow substitute Nathan Redmond with a superb chance and he supplied the coup de grace from 12 yards, keeping his composure following a lengthy delay.

One of the biggest criticisms levelled at Brighton is that they do not reap the rewards their fluent football deserves, particularly in attack.

Prior to kick-off only strugglers Sheffield United, Burnley and sixth-placed Manchester United had scored fewer goals at home than the Seagulls this term.

And that, plus another failing – their weakness defending set-pieces – ensured their winless start on their own patch continued.

Danny Welbeck, Lewis Dunk and Gross all had good opportunities to ensure Potter’s side went into the interval with a healthy lead.

Instead they found themselves level after allowing the tallest player on the pitch a free run to connect with Ward-Prowse’s corner.

Only Leicester (seven) have now conceded more set-piece goals (apart from penalties) in the Premier League this season than Brighton (six).

And while Aaron Connolly saw his close-range effort saved with the score at 1-1, the manner of their defeat appeared to add an element of misfortune to their own shortcomings.

‘It didn’t seem so clear and obvious’ – what they said

Brighton boss Graham Potter, on the late penalty decision, speaking to BBC Sport: “I think the first challenge is probably outside the box and whether there was another challenge inside the box that is what they are trying to work out.

“It didn’t seem so clear and obvious. If they think that is what it is then we have to accept it.

“The sense was it was going to be outside the box. Things surprise you.”

Southampton boss Ralph Hasenhuttl, speaking to BBC Sport: “With the ball I didn’t think we played our best game. It was slippery on the pitch, every player had problems. Then it is a lot of risk when you try to build up, make the passes on the ground.

“The crowd was also there, for the players a little but more stress. In the end it was a brilliant penalty by Danny Ings. A win like this last season, I don’t think we had a lot of. It’s good to see.

“I didn’t see the first penalty. For the second one, that is why we have VAR, especially when it is about decisions if it is in or not then you need this. I think it was clear inside the box. It is not nice to get a penalty against you but the decision from what I have seen was relatively clear.

“We have everybody fit now, we are going into a very tense period of the season and we need every player.”

Brighton travel to Leicester for their next Premier League match on Sunday, 13 December (19:15 GMT).

Player of the match 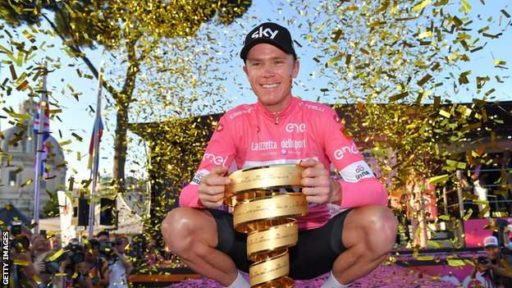