The police in Delta State have arrested a 33-year-old man identified as Gabriel Volts for allegedly beheading his son for ritual purposes in the state.

According to the spokesperson of the state police command, DSP Bright Edafe, the suspect took his son from his wife and then went to Etinabobo bush in Edo state where he used a hand saw to cut off the head of the little boy.

”Delta State Police Command has arrested one Gabriel Volts age 33years who allegedly beheaded his son for ritual. Suspect used a hand saw to cut off the head of his one year and eight months old son at Etinabobo bush in Edo state for ritual purpose and buried him by the palm tree.

The suspected was arrested after the child went missing, and the suspect lied to the wife that the son is with his sister in Warri, which turned out to be false, this prompted the wife to be suspicious, so she reported to the Police. Suspect has confessed to the alleged crime” 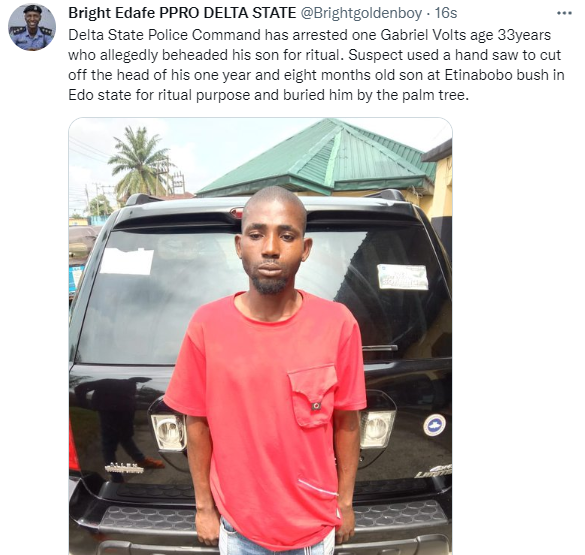 Picking a Vice President in 1999 was a mistake 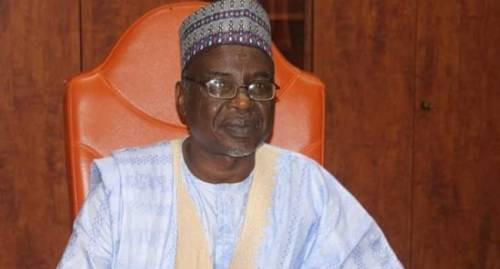 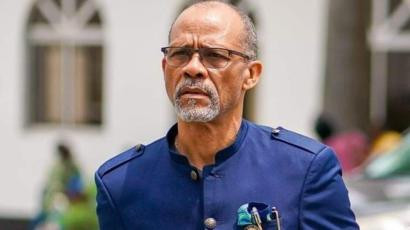 Lagos to admit only severe cases of Coronavirus at isolation centres