Nigerians in the Diaspora under the platform of the Global Coalition for Security and Democracy in Nigeria (GCSDN) have rejected the outcome of the presidential election that saw President Muhammadu Buhari win a second term in office.

Speaking on behalf of the coalition, Frederick Odorige, the Global Coordinator, said the election was “ill-fated” and the worst that he had seen since he was born.

The group cited the “militarisation of the elections”, as well as the violence that marred the process.

A presentation made by Odorige on Youtube read: “The election was marred by killing, apparent rigging, ballot box snatching and destruction of ballot papers by hired thugs. It was highly militarized by soldiers loyal to Muhammadu Buhari. An election that culminates in the killing of 47 unarmed Nigerians is not an election. On the contrary, the coalition noted that it was significant that no cases of violence was masterminded by any of the presidential candidates from the new political parties.

The coalition decried the sad fact that Nigerian youth surrendered themselves to their oppressors by allowing self-seeking politicians to use them as paid thugs instead of aligning with young presidential candidates to actualize the dream of a new Nigeria. They further noted that votes were insidiously awarded to young presidential candidates in such a way that the popular candidates among them were awarded very low number of votes in order to demoralize their enthusiastic followers.

“Through a general questionaire answered by members of the coalition from thirty-two countries, 100% responded that the election was clearly not free and fair; 95.5% further agreed that some persons who played disastrous roles in the election should be declared persona non grata.”

GCSDN listed the persons and their alleged roles to disrupt the electoral process as follows:

“Muhammadu Buhari: For giving permission to Nigerian soldiers to participate in our elections and killing innocent Nigerians thereof.

“Adams Oshiomhole: For sponsoring thuggery, masterminding massive rigging, electoral malpractices and luring corrupt Nigerians to their political party known as the All Progressives Congress (APC) for their sins against the Nigerian state to be forgiven.

“Rotimi Amaechi: For leading soldiers to terrorize, disenfranchise and kill our compatriots in Rivers State.

“Rochas Okorocha: For forcing a Returning Officer of INEC to write a fake result in his favour.”

According to the coalition, the consequences of the declaration are: “That they do not recognize the positions that some of the mentioned persons have imposed on Nigerians; That they shall continue to mount pressure on the international community to disregard the positions the persons forcefully occupy; That whenever the listed persons travel abroad, Nigerians shall legally congregate and embarrass them as permitted by law.”

Odorige called for the forensic examination of all card readers and the fingerprints on the ballot papers, because he „strongly believes that the same persons thumbprinted thousands of ballot papers in favour of APC and PDP as shown in various video recording.

He said: “We refuse the thief of our stolen mandate nicknamed Mr integrity. Retired Muhammadu Buhari is not our democratically elected President. This is not a military regime. This coup has failed. We vehemently reject the so-called election of Muhammadu Buhari.

“As long as we continue with this ballot box and ballot paper nonsense, Nigerian elections will continue to be theatres of war. We must quickly develop an electronic voting system for the 2023 elections where data in our PVCs are transferred to our telephone sim cards that will enable Nigerians to vote from the convenience of their homes. Nigerian elections will continue to be theatres of war unless we reduce the salaries of politicians strictly according to the law as stipulated by the Revenue Mobilization, Allocation and Fiscal Commission. A Senator must not be earning more than a Permanent Secretary and no former governor must receive pension. Politicians kill Nigerians not because they want to serve us, but because they want to serve themselves and their families through looting and receiving mind blowing salaries. Yet our country is highly indebted. Machinery should also be set in motion that will allow Nigerians in diaspora to vote in upcoming elections.

“Section 14 subsection 2b of the Nigerian Constitution (as amended) states that the welfare and security of the citizens shall be the primary purpose of the government. Instead of securing Nigerians, people in positions of authority are killing them. Chapter 1 article 4 of the African Charter on Human and Peoples’ Rights states: Every human being shall be entitled to respect for his life and the integrity of his person.  Article 3 of The Universal Declaration of Human Rights of the United Nations affirms: everyone has the right to life, liberty and security of person.

“GCSDN referred to Buhari as a killer President who had ignored the many deaths of Nigerians before now; therefore more deaths mean nothing to him. They did not see any reason why the validity of our election results must depend on the pronouncements of foreign observers, who had earlier been threatened by el-Rufai at the expense of their lives. The coalition declared that any foreign leader that stretches his or her hands to congratulate Muhammadu Buhari equally has blood in his or her hands. We refuse to address Muhammadu Buhari as His Excellency since he rode to power with the blood of Nigerians. “The members further called on the Nigerian Labour Congress, the Nigerian Bar Association and other bodies to mobilize Nigerians to reject this election results.”

GCSDN is currently the fastest growing and largest platform of Nigerians in the Diaspora with presence in thirty-two countries.

It is currently open to all Nigerians in all the thirty-six states of Nigeria, including the FCT.

According to Odorige, “the movement is a non-violent association designed to bring Nigerians together as a way of forming a common platform and speaking with one voice with the goal of entrenching good governance for the good of all Nigerians.”

The movement operates with a political ideology formulated by Odorige known as ’Revolution without Ammunition.’

The full speech of the presentation is available on: https://www.youtube.com/watch?v=f0448cYilz4&t=30 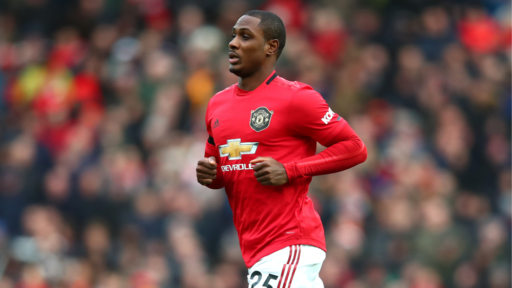 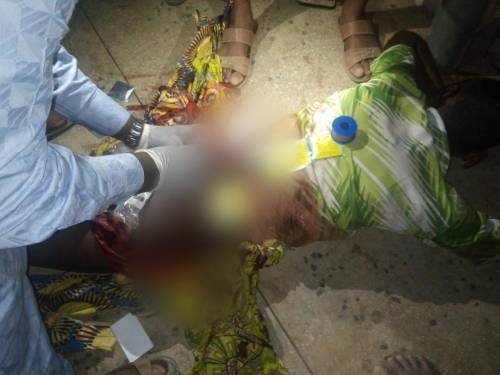