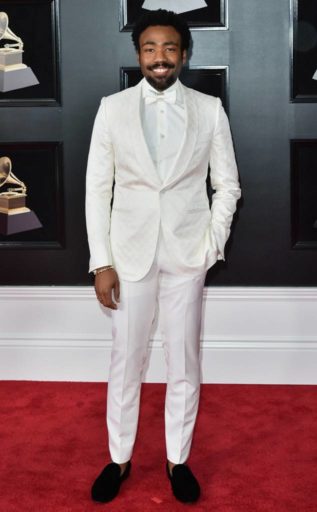 The wait is finally over.

The Coachella Valley Music and Arts Festival lineup was announced on Wednesday night after months of speculation. Childish Gambino, Tame Impala and Ariana Grande are going to be performing at the show, along with dozens of other artists like The Pixies, The 1975, Billie Eilish, Solange and Khalid.

Saturday is just as great with Tame Impala, Solange, Kid Cudi, Weezer, J Balvin and Wiz Khalifa. The epic festival weekend will be closed out with the “Thank U, Next” singer as well as Zedd, Bad Bunny, Pusha T, CHVRCHES and Dillon Francis.

Passes go on sale Friday at 11 a.m. PT. They’re sure to sell out quickly as they have in years prior. Those who lucky enough to nab the prized passes will be dancing and singing along to hit songs in April during either the first or second weekend.

General admission costs $429 for the weekend while a pass plus shuttle will set you back $509. VIP wristbands are $999.

Passes on sale Friday at 11am PT

It is rumored that Kanye West was going to be one of the artists who would headline, but, according to reports, negotiations fell through in the finals weeks leading up to the announcement. Apparently, Ye wanted to change up the traditional stage design, but this was not possible since other musicians needed a stage too. So, Kanye reportedly chose to walk, rather than sacrifice his artistic liberty.

Kanye wasn’t the only artist who was believed to be performing at the popular music and arts fest. Rihannaand Justin Timberlakewere among the names whispered among avid attendees, which surely drove advanced ticket sales.

Musicians aren’t the only ones that concert-goers look forward to seeing at the festival, which takes place in Indio, Calif. Celebrities flock to the desert locale in their most fashionable festival attire, like last year when Justin Bieber wore a funky Hawaiian shirt to jam out to his favorite artists.

Last year’s concert is a hard act to beat, since Beyoncébrought the house down with her Destiny’s Child reunion and Cardi B performed pregnant. However with these headliners performing, they may set the bar even higher.