IPAC raised the alarm in Yola on Thursday, alleging that the electoral umpire was “making desperate moves to rig the poll in favor of the ruling All Progressives Congress”.

Tahir Shehu, IPAC Chairman of the state chapter, said “it has come to our notice that political officer holders in the APC government are submitting lists of ad-hoc staff, for the conduct of the 2019 general elections”.

Tahir, who doubles as Chairman of the Peoples Democratic Party (PDP), said he was reacting to information at his disposal, that the APC had allegedly concluded arrangement to recruit most of the adhoc staff for the conduct of the forthcoming elections.

He however called on President Muhammadu Buhari, the chairman of INEC, Prof. Yakubu Mohammed to call the Adamawa State resident Electoral Commissioner (REC), to order, stressing, “he should not to be allowed to plunge the state into chaos”. “Another electoral crisis will not augur well for anybody”, he added.

“We have gathered that APC members are collaborating with INEC officials to submit the lists of adhoc staff for the conduct of 2019 general elections, especially in Adamawa State.

“We are therefore alerting  the Federal Government and warning the Chairman of INEC and the Resident Electoral Commissioner in Adamawa State, to be careful, because we already have a fragile security situation in our state.

INEC should “quickly halt this drift and provide a level playing ground”, he warned.

“If he (Tahir Shehu) has a genuine allegation, the onus is on him to be specific and come forward and tell us who the INEC official is and from which local government, so that we can take the appropriate, action; else politicians should stop this unnecessary heating up of the polity”, Gaidam rebutted.

“The PDP is seeing defeat stirring it in the face that is why they now started complaining, using the IPAC umbrella,” he said. 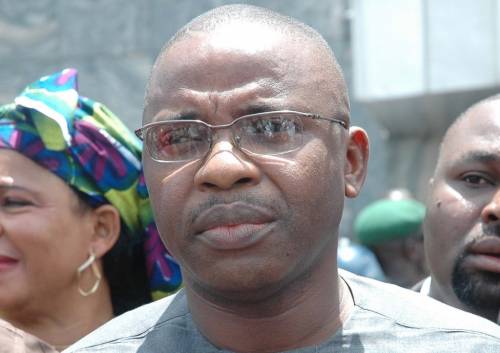