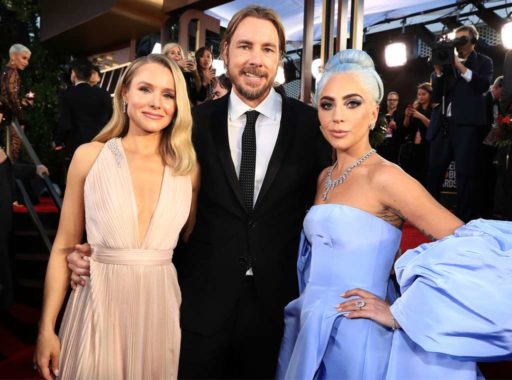 The 2019 Golden Globes were held at The Beverly Hilton in Beverly Hills, Calif. on Sunday—and what a night it was.

While fans caught most of the action on TV (check out moments you may have missed here), many viewers couldn’t help but wish they were able to attend the award show in-person. From Andy Samberg and Sandra Oh‘s opening monologue to Taylor Swift‘s surprise guest appearance, there were plenty of memorable moments to make viewers experience that slight fear of missing out.

Check out the gallery to see which stars gave us major FOMO. 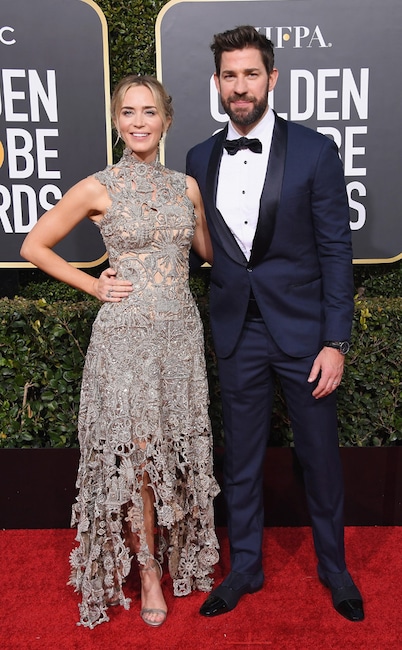 This duo was already the definition of #RelationshipGoals before Sunday night’s big show. But when fans saw them smiling sweetly at each other on the red carpet and Krasinski cheering on Blunt for her Mary Poppins Returns nominations, they couldn’t help but fall in love with them even more—and wish they were at their table. 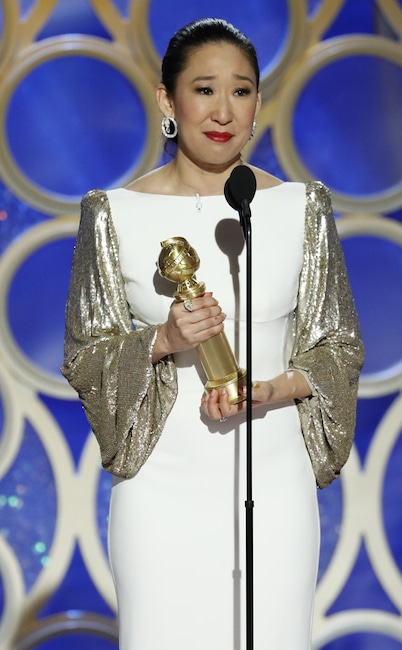 Not only did the actress leave viewers laughing with her hilarious hosting jokes, but she also brought the waterworks when she won Best Performance by an Actress in a Television Series (Drama) for her role in Killing Eve. While many fans were proud of the Grey’s Anatomy alumna, nobody seemed more pleased than her proud papa, who gave his daughter a standing ovation and made us feel all the feels. 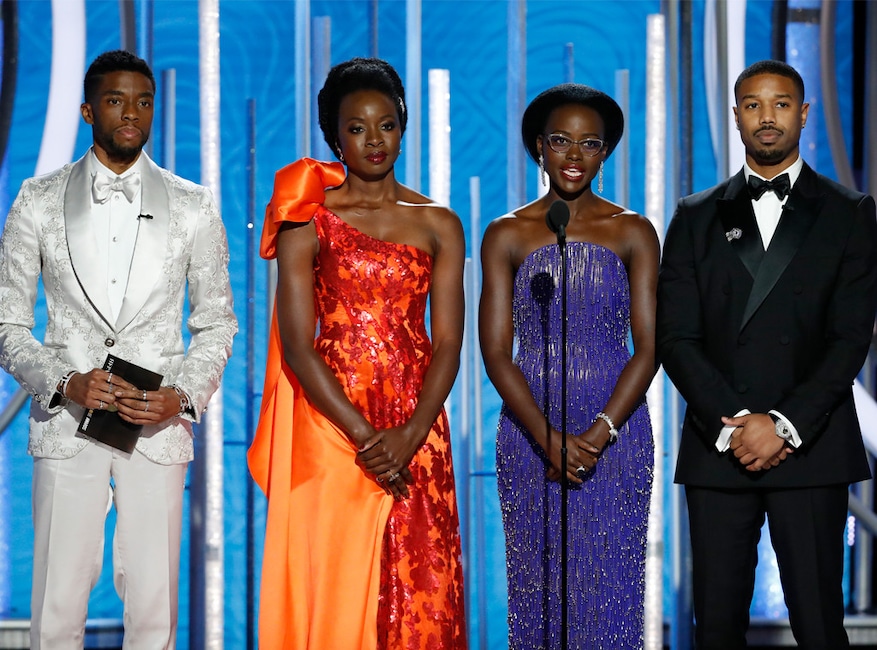 Even though Michael B. Jordan, Danai Gurira, Chadwick Boseman and Lupita Nyong’o didn’t take home the trophy for Best Motion Picture (Drama) for Black Panther, they didn’t let that stop them from having a memorable night. The cast slayed in their red carpet looks, and clearly shared a bond that made us want to join in on their fun.

“We’re one big family,” Jordan told E! News. “The type of conversations we had and the time we spent together to really understand our characters and the story and the message we were trying to send, we had to get close and support one another and give each other what we needed in front of the camera and behind.” 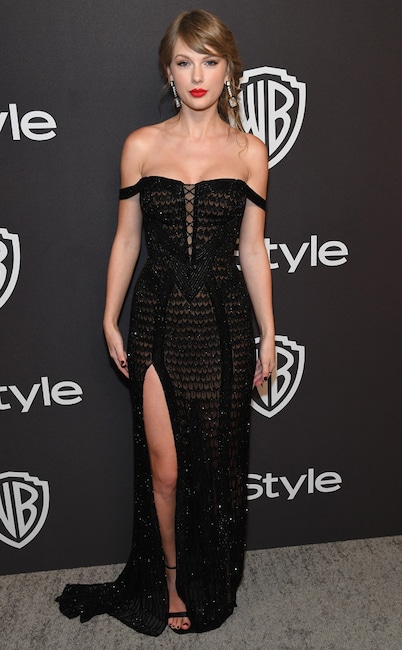 The 10-time Grammy winner gave fans the ultimate surprise when she took the stage with Idris Elba to present the awards for Best Original Score and Best Original Song. Of course, she was also there to support her boyfriend, Joe Alwyn, who appeared in The Favourite. Getting to celebrate the big night with these two and see all of their sweet moments together would have been part of our “Wildest Dreams.” 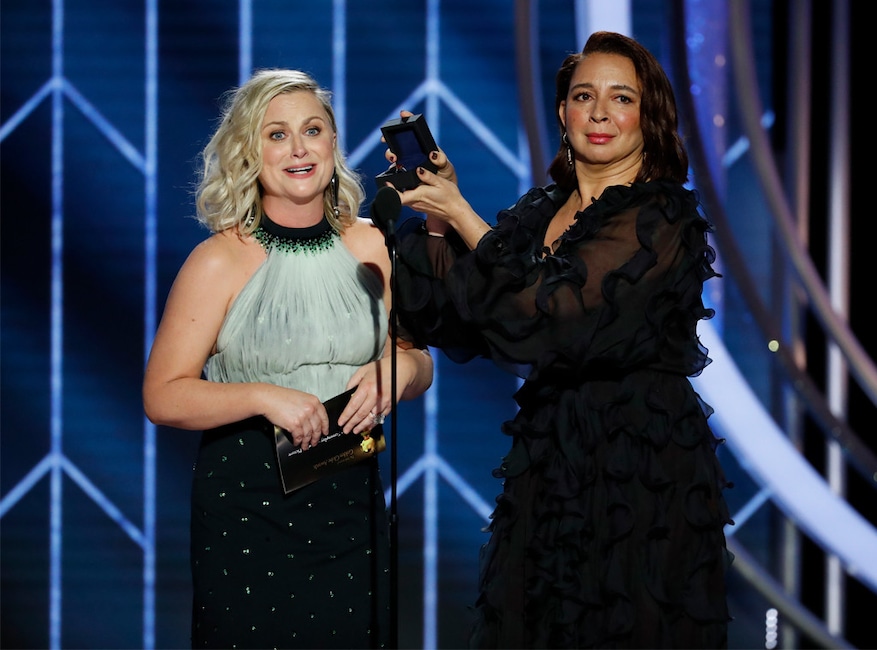 These two funny ladies left everyone in stitches after Rudolph pretended to propose to her fellow Saturday Night Live alumna. We can only imagine the good times and laughs they shared at their table. 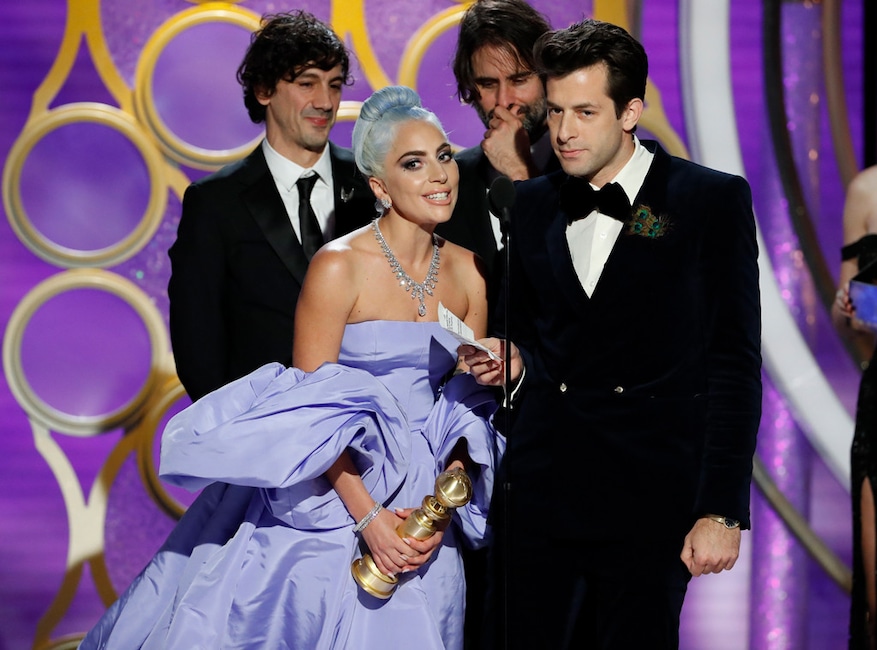 Mother Monster was the belle of the ball. Not only did she look radiant in her Valentino gown—a touching tribute to Judy Garland—but she also made fans shed a happy tear when she broke down after winning the award for Best Original Song for her track “Shallow.” 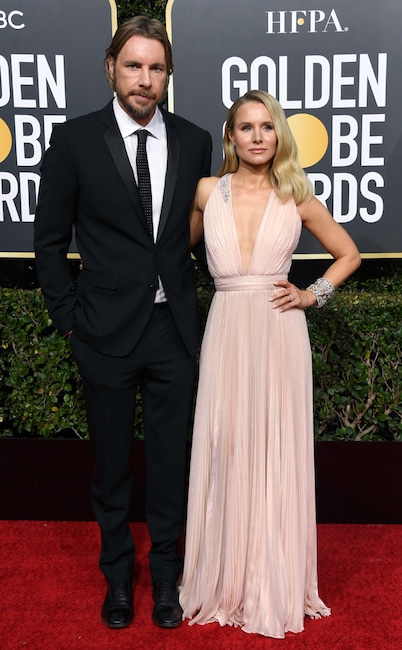 Here’s another celebrity couple we just can’t get enough of. From start to finish, these A-listers looked like they had an absolute blast. Whether it was Bell hilariously icing her fingers to help get her rings on or the two of them striking silly poses on the red carpet, there was never a dull moment. Maybe next year we could double date? 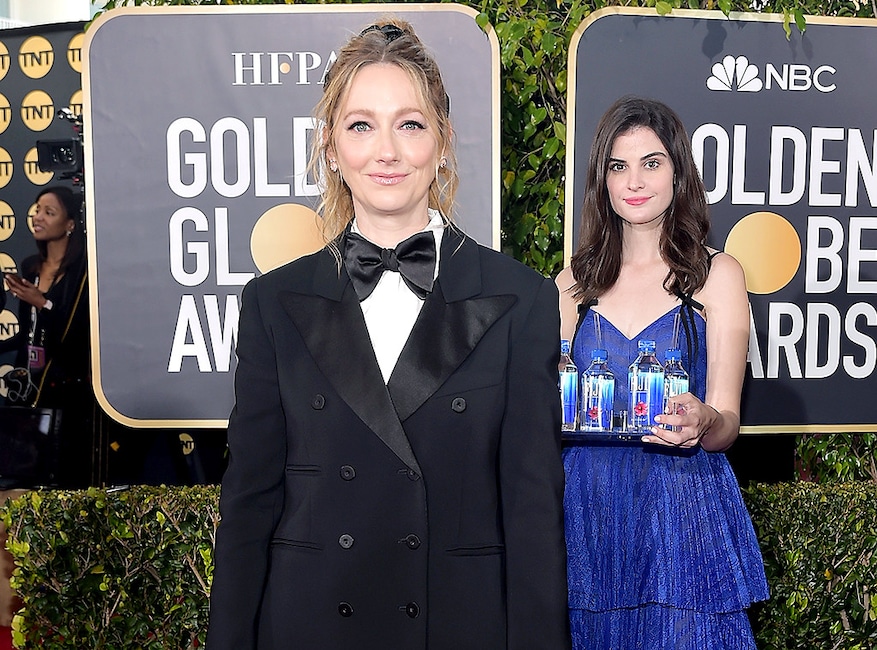 Fans may not have known her face before Sunday night, but Kelleth Cuthbert instantly became an internet star after she was consistently photographed standing behind celebrities with her FIJI water tray. Not a bad way to spend a night, right?

We can’t wait until next year! 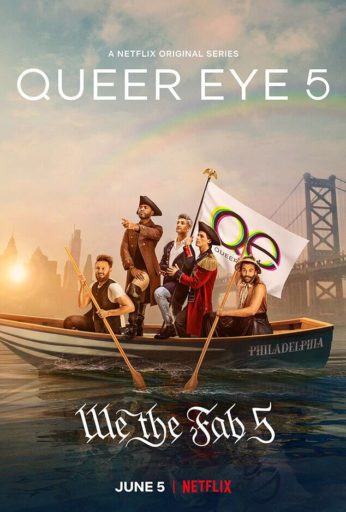 Wait, These Stars Are Related?! 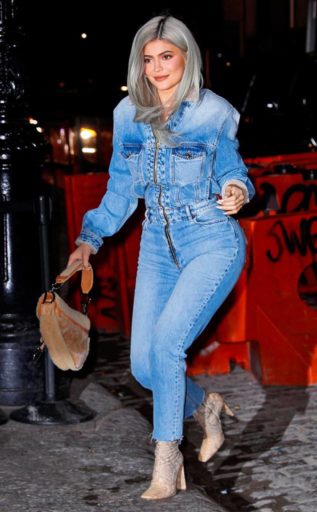