As excitement continues to build for the 2019 Golden Globes, Hollywood’s biggest stars are beginning to celebrate at a variety of parties in town.

It certainly was the case for figure skater Adam Rippon who headed to Gold Meets Golden where Olympic athletes and Golden Globe nominees came together for a special brunch.

“Everyone has been so nice. It’s a great way to kind of combine my two worlds and have them collide,” Adam shared with E! News exclusively. “I have so many of my friends from sports here today and also a lot of other people I’ve met last year through the entertainment world so it’s been really great to reconnect with all those people.”

One special friend was Nicole Kidman who hosted the event sponsored by Coca Cola and Smartwater. As soon as the Big Little Lies star spotted Adam inside the venue, she stopped for a hug and posed for photos.

“Nicole and I have met before and today she came up to me and said ‘You still smell really good,'” Adam told us. “And I was like, would you expect anything less?!”

And while A-list Hollywood stars are always a thrill to see, there’s nothing like reuniting with your fellow Team USA Olympic athletes.

“I didn’t even recognize Nastia Liukin because she dyed her hair but I mean, I love her to death,” Adam shared. “Meryl Davis I haven’t seen since we went on tour. It’s just really fun because it feels like my two worlds colliding right now.”

Take a look at just some of Adam’s highlights from Golden Globes weekend in our gallery below. 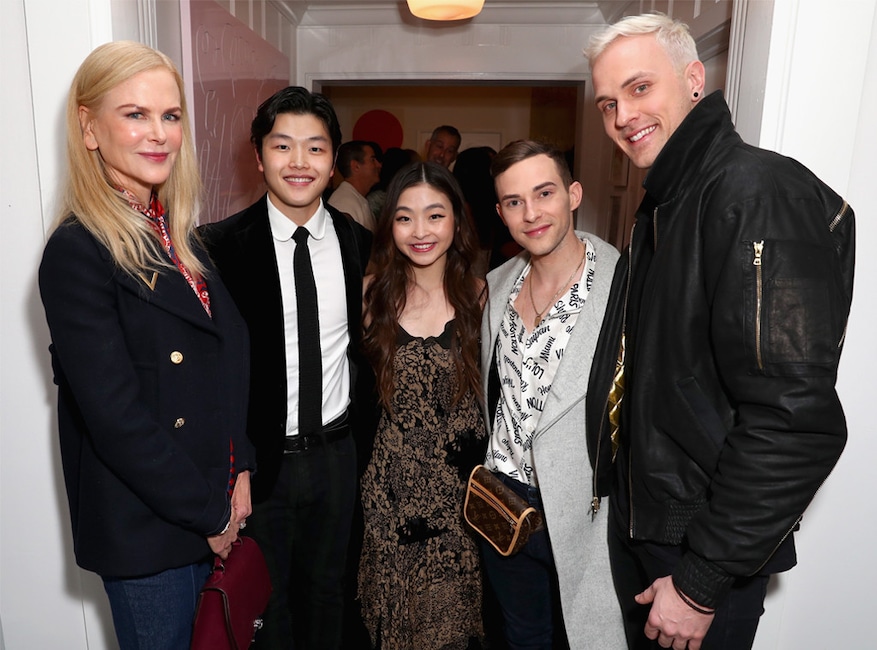 Hostess Nicole Kidman was more than excited to see Olympic athletes Maia Shibutani, Alex Shibutani and Adam Rippon. “The fact that they know me is surreal,” Adam shared with E! News when recalling his run-in with Nicole. 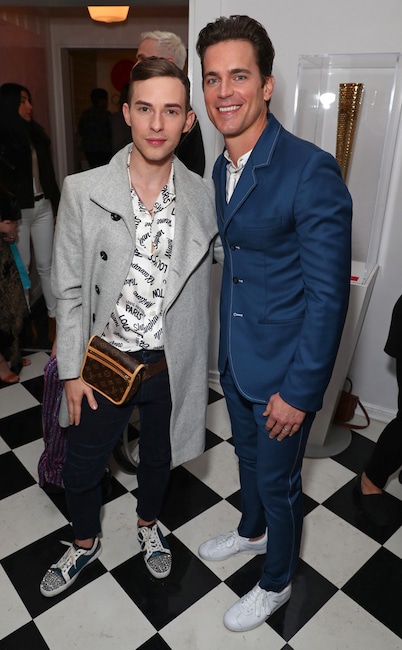 Matt Bomer strikes a pose with Adam Rippon who opted for a Zara coat, Uniqlo pants and Louis Vuitton shirt and shoes. “We go high low, high low,” Adam joked to E! News. “Like $20 pants and thousand dollar shoes. You mix and match.” 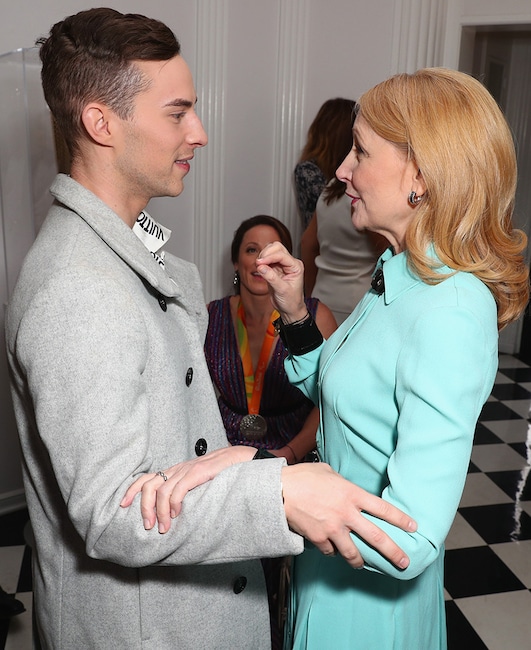 Patricia Clarkson has something to say to one of her favorite Olympic athletes. 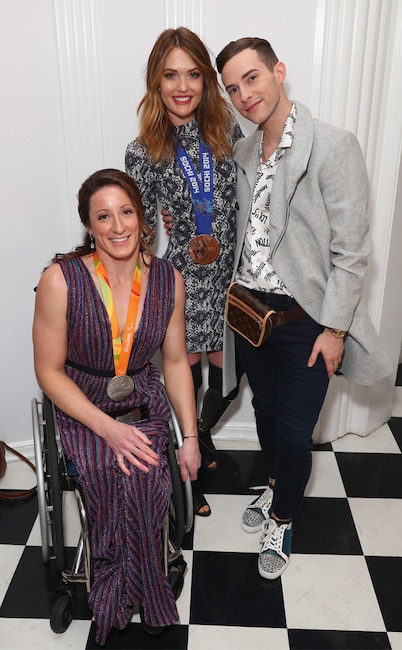 Tatyana McFadden, Amy Purdy and Adam Rippon meet up inside The House on Sunset with their special medals. 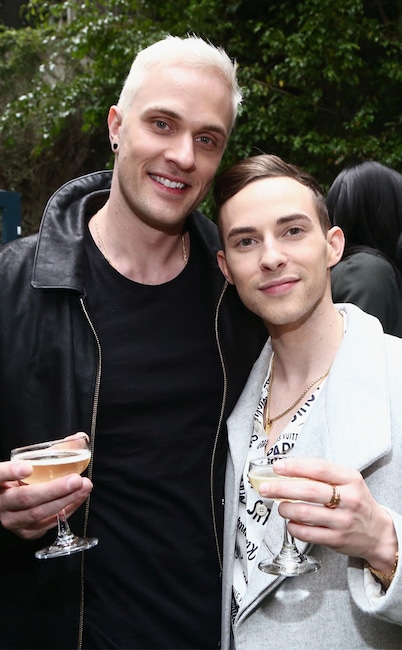 Adam Rippon and boyfriend Jussi-Pekka Kajaala raise a glass of their vibrant J sparkling wine at The House on Sunset. 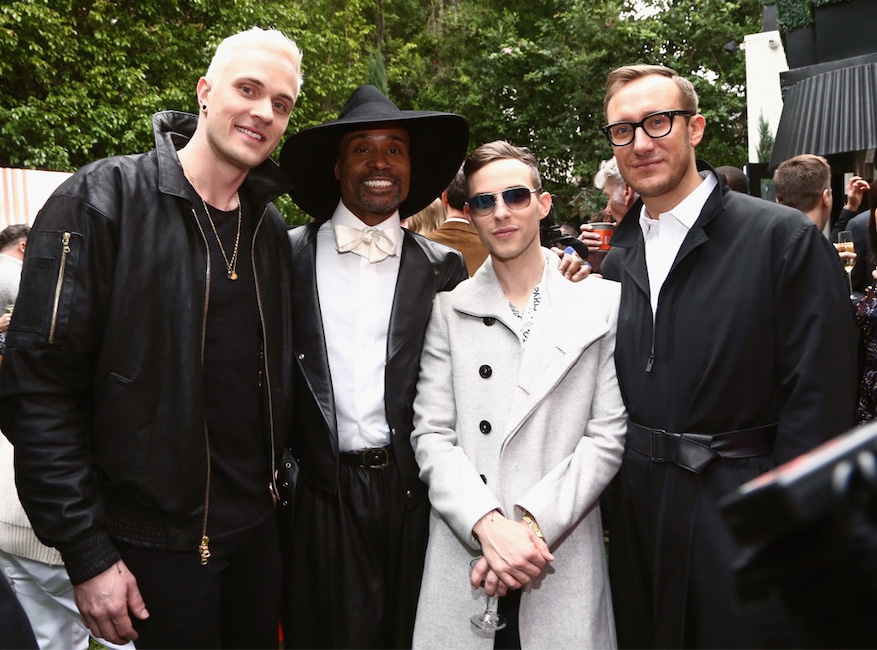 After performing “Shallow” from A Star Is Born, Billy Porter poses for a photo with husband Adam Smith, Adam Rippon and Jussi-Pekka Kajaala. 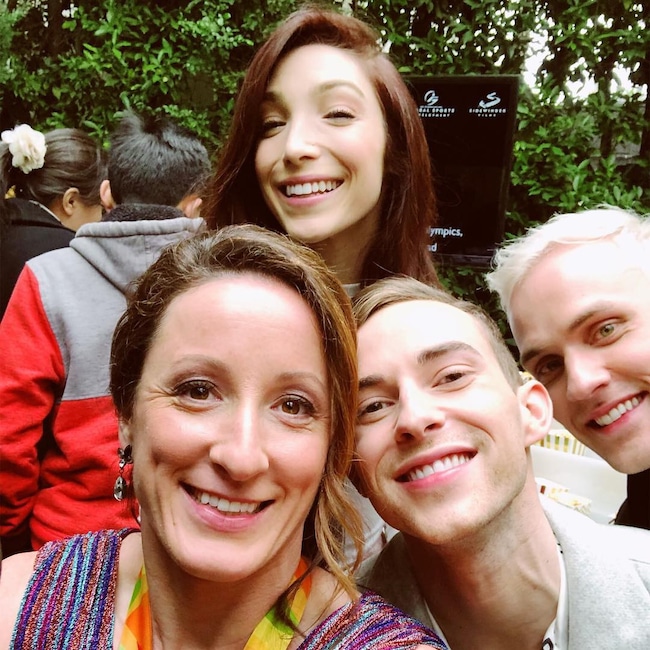 “I love our @teamusa fam bam. It’s always great seeing old friends and making new friends along the way,” Paralympic medalist Tatyana McFadden shared on Instagram with Adam Rippon and other athletes. “Incredible at what they do and so genuine @goldmeetsgolden.”

When it comes to what’s next for Adam, the athlete admitted you won’t be seeing him compete in the next Winter Olympics.

“I’m going to be 30 this year so no,” he shared while laughing. “Everyone I’m competing with would be 18 and in shape and not fat.”

Adam added, “I’ve been really lucky to do so many things in entertainment and I love it and I’ve always been a performer so I’m trying to explore that a little bit.”

Tanko Yakassai To Ndigbo: You Won’t Get Presidency In Next 20 Years If APC Wins In 2019 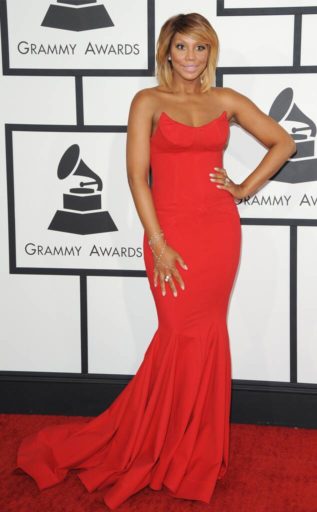 Tamar Braxton Looks Back on Her Unforgettable Hair Transformations

18 Books to Check Out in May 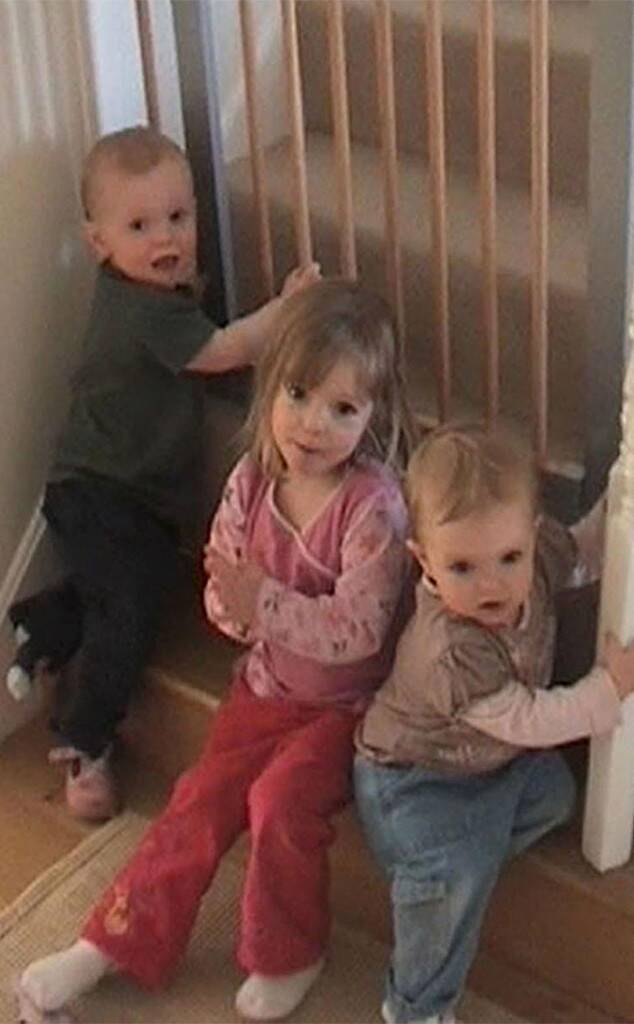